In late November we joined a group of Hong Kong Bird Watching Society members on a trip to Cambodia, hosted by Mr Bou Vorsak and his Team from the Cambodia Office of Birdlife International in Indochina. They are aiming to establish an ecotourism service for Western Siem Pang, to bring income for site conservation there and to improve local livelihood.
Our birding began in earnest with an eight-hour boat trip between Stung Treng town and Siem Pang, along a tributary of the Mekong.  There were some noteworthy birds along the way, especially Mekong Wagtail, which was a “tick” for all of us visitors. 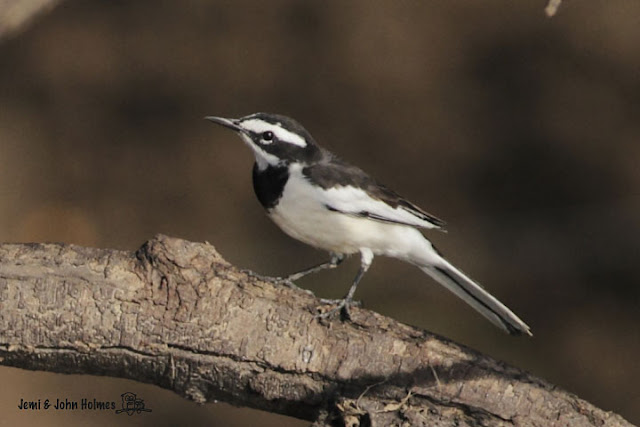 Mekong Wagtail - Motacilla samveasnae
Some other images from the river journey below. 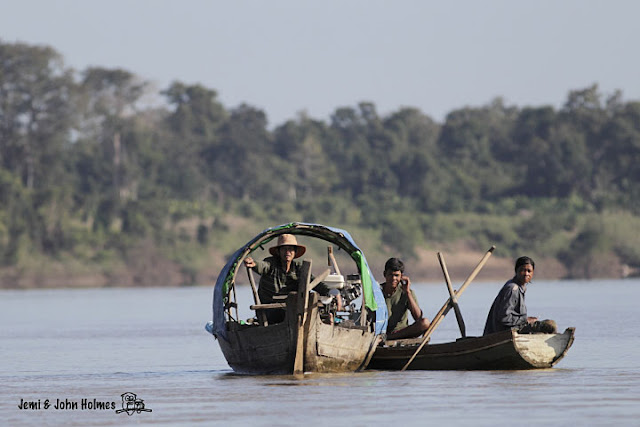 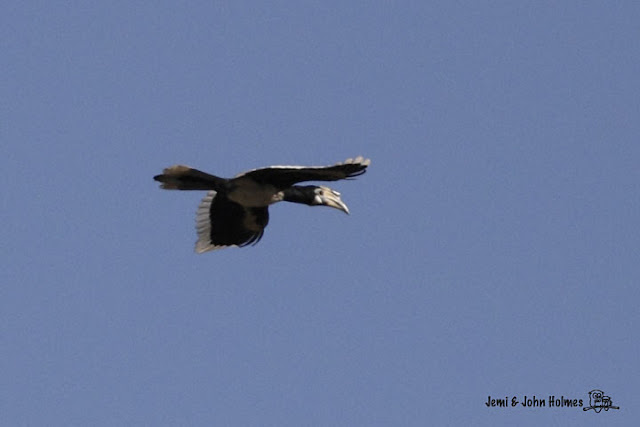 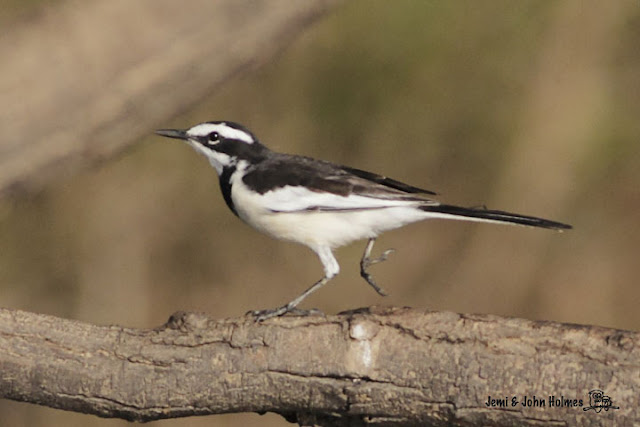 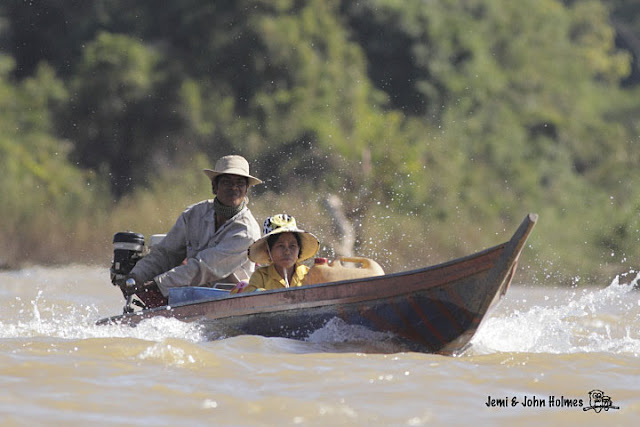 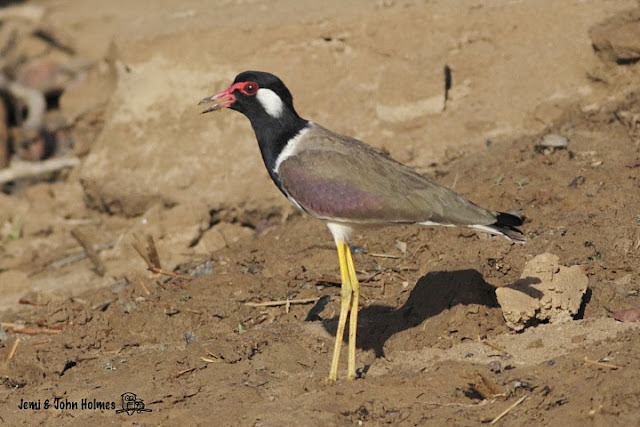 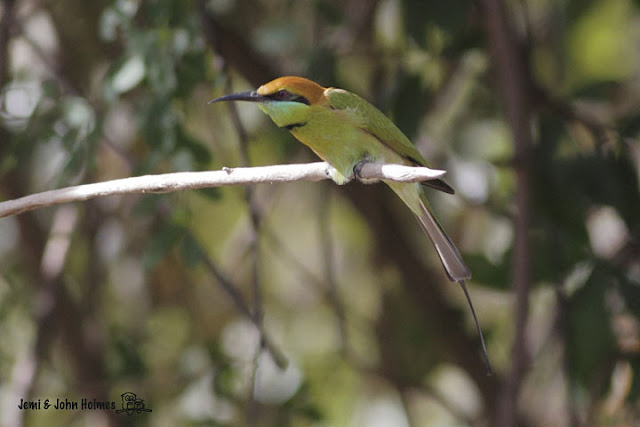 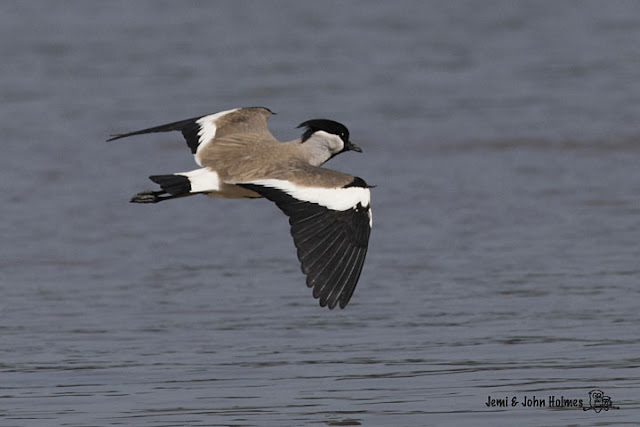 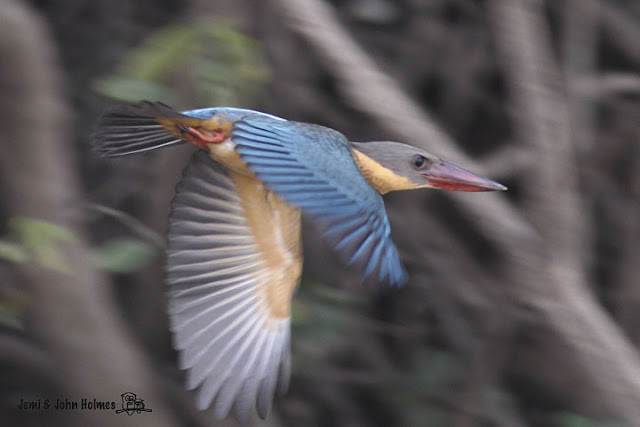 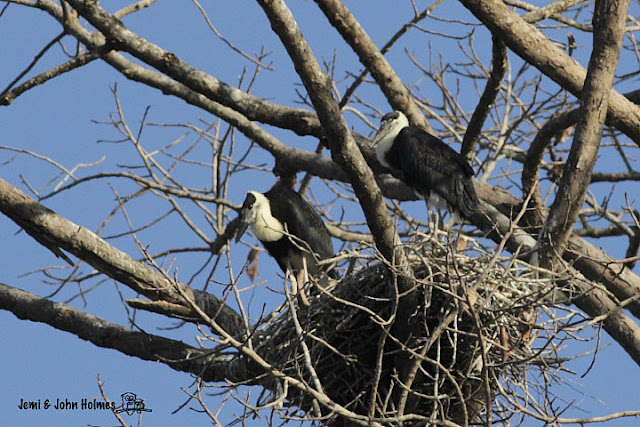 Wooly-necked Storks - Ciconia episcopus
After a brief settling-in to Siem Pang’s  Theamy guesthouse, we set off into the forested areas about half-an-hours’ drive from the town.  Birdlife’s 4WD pick-up was supplemented by three hired 4WDs.   Despite the rain in the late summer, we still kicked up plenty of dust.
I think everyone was tired, but motivated by the prospect of some exciting birding. We were soon rewarded with views of a Spotted Wood Owl, with hushed whispers as everyone peered through the foliage, and photographers tried to line up an unobstructed shot. 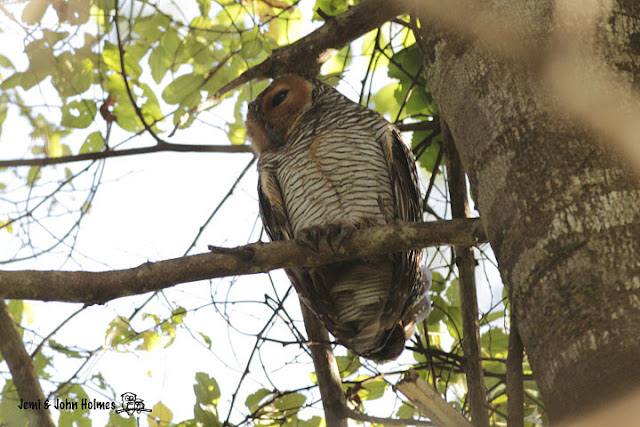 On the way back, our first flyover White-shouldered Ibis was the highlight of the day for me. 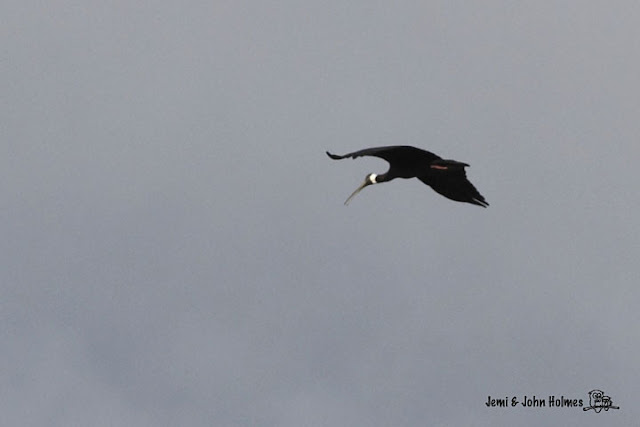 White-shouldered Ibis - Pseudibis davisoni
As the light fell we saw a few more, and, as our hosts had told us,  it became obvious that this species likes to roost in  groups in bare trees.  We were able to ‘scope a distant group before the light faded completely. 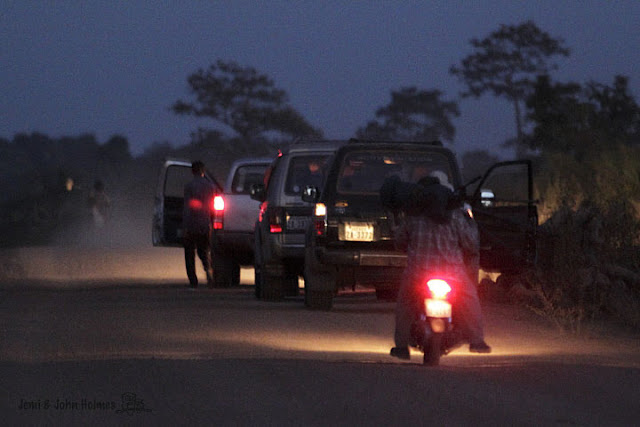