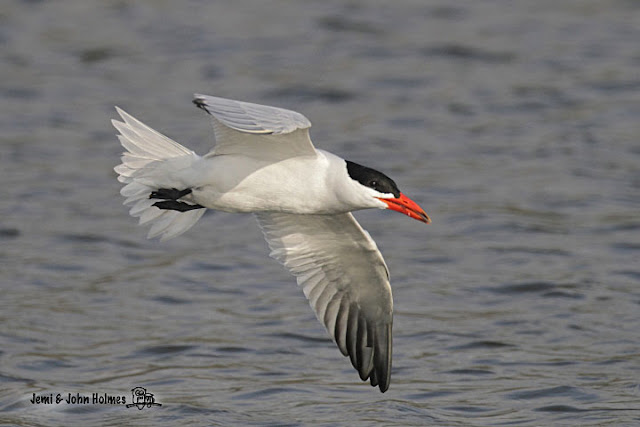 A variety of Terns seasonally patrol the fishponds of Hong Kong's northwest New Territories.  Whiskered, White-winged, Little and Common are among the more frequent takers of small fish.

This low-key theft is usually a discreet business, but the World's Biggest Tern doesn't do "discreet".

This Caspian Tern managed to look like a jumbo jet crashing as it went in head first for whatever it could get, and it came out of the water with a lot of droplets shaken and scattered all over the place….  but don't take my word for it… 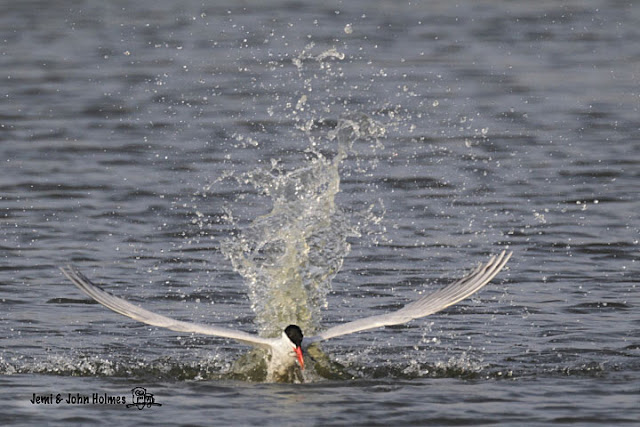 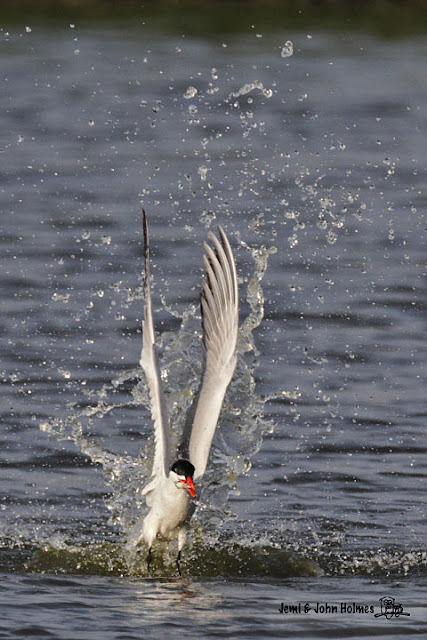 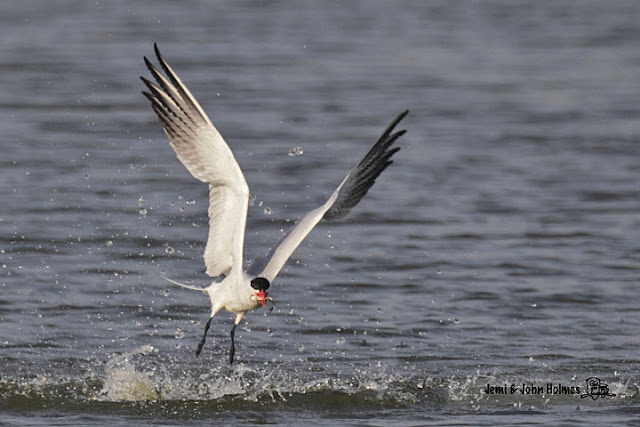 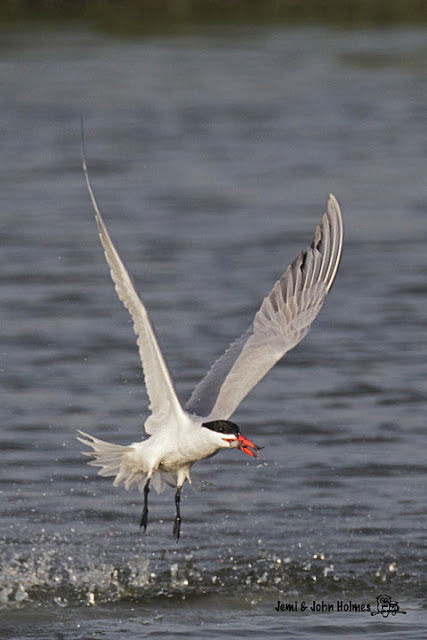 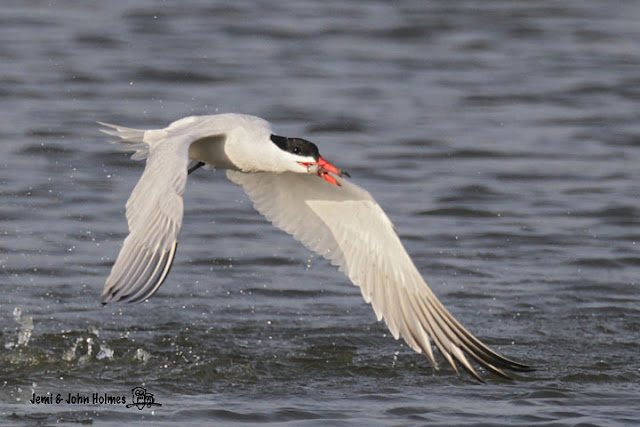 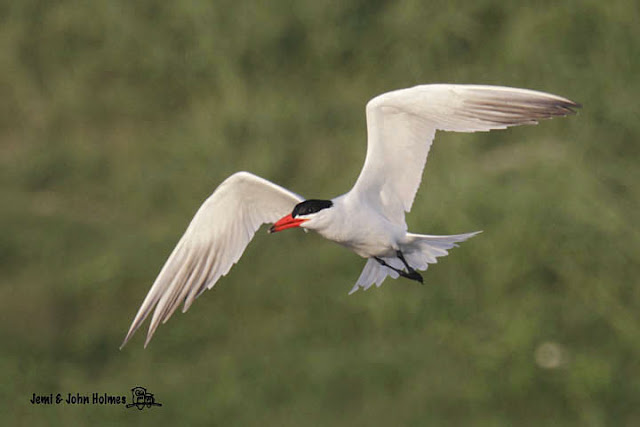 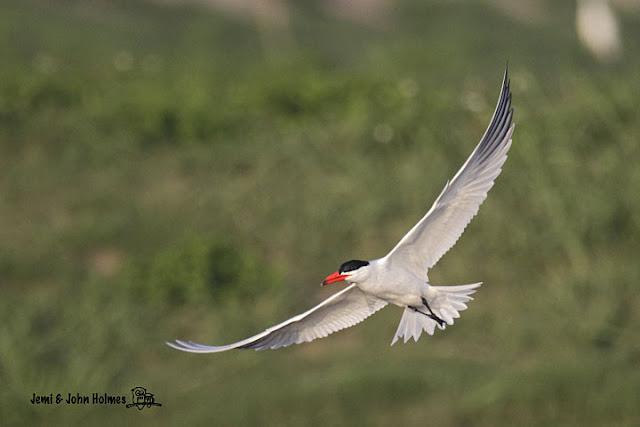 A "Good Spring" for admirers of this species. In mid-April there were nearly two hundred of them at Mai Po Nature Reserve.
Posted by John Holmes at May 09, 2012