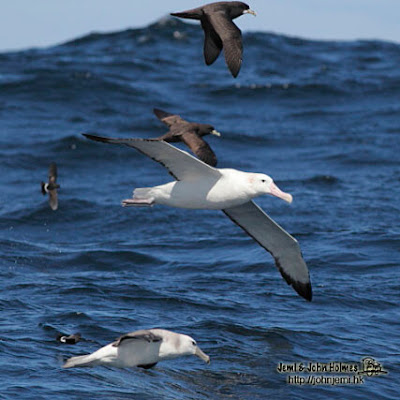 As you can see, airspace can be crowded in some parts of the south Atlantic.

A while ago I bought a book called "Southern African Birdfinder".  I have a habit of buying books about places I half-plan to visit, and then don't always actually get round to actually doing the trips.  But the Cape area of South Africa  looked too tempting to neglect, and we finally started our trip there last month.

A highlight of birding the Cape Town area looked like the pelagic trips detailed  in "Southern African Birdfinder". We booked the trip through http://www.capetownpelagics.com and availability was only confirmed a couple of days before we left Hong Kong.

So, on only our second full day in South Africa,  still a bit jet lagged,  we arrived at the wharf of Hout Bay on the western side of the Cape Peninsula at 07:30hrs on a bright Saturday morning.  We were among only six clients in total on the outing, under the supervision of our Cape Town Pelagics guide, Cliff Dorse.

Our boat for the day was "Obsession" skippered by the enthusiastic Dave Christie.  Dave's "Two Oceans Sport Fishing Charters" website is here:-    http://www.tosf.co.za

Cliff had already pointed out a few seabirds as we headed out to sea, but, rightly, we didn't stop for odd birds because it was pointed out that we should soon be seeing plenty more.  Dave and Chris explained that, usually, they would aim to find a commercial trawler, because hundreds of sea birds could be found following just one such boat, but in the absence of a trawler, some birds could be attracted by "chumming" - the  art of enticing seabirds with the remains of fish.  Dave also takes sport fishermen to sea, and an element of "chumming" is common to both fishing and pelagic birding.

After 2 1/2 hours we stopped at a point 36 miles from Hout Bay. Things got busier as the commoner local species came in to sample  Dave's mega-mash of South African pilchards. 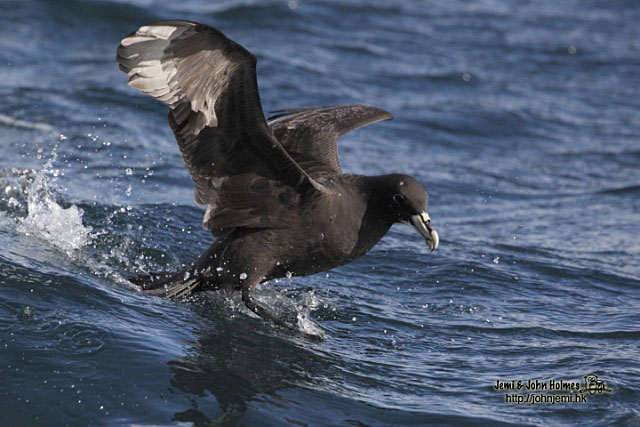 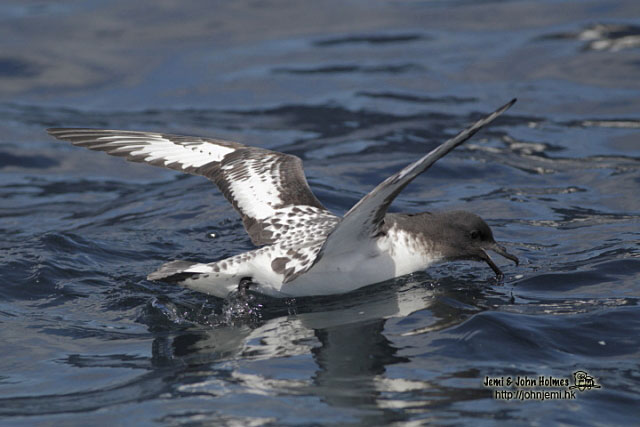 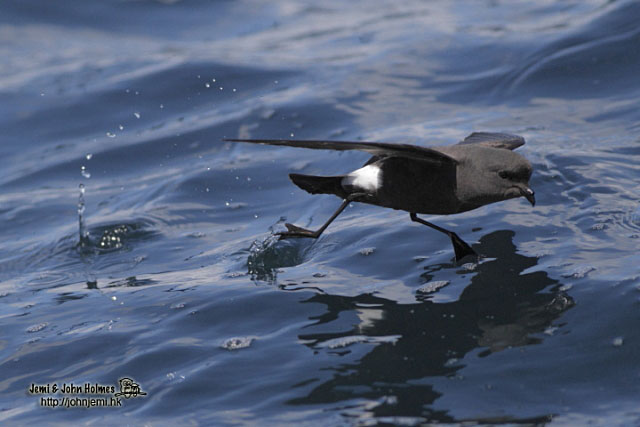 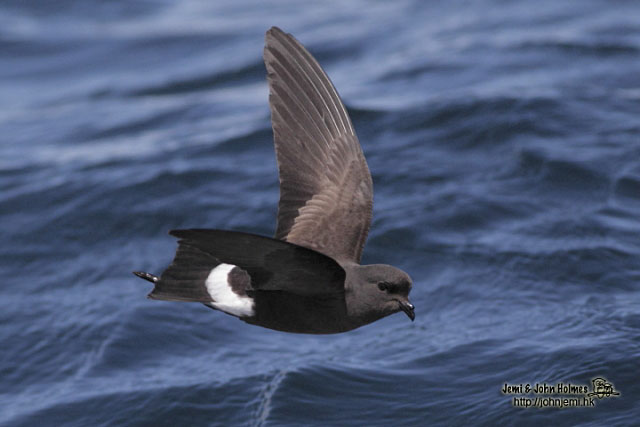 There was another operator's boatload of pelagic birders leaving from Hout Bay, so we rode in its' wake as both boats headed south through fairly choppy waters. Dave and the other boat captain kept in touch as we went out, sharing seabird sightings and a commentary on where they might find a trawler.

Both birding boat captains kept an eye on their radar, and after some false alarms, a trawler was sighted, heading north.  Off after it we went, and for us first  timers, it was easy to see why Cliff and Dave were so happy to find a trawler.  We were happy, too ! 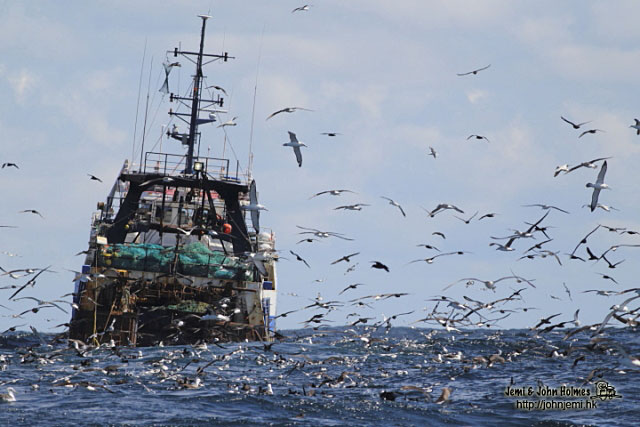 A cloud of seabirds followed the trawler as it processed its' catch.  The discarding of large quantities of unwanted fish is likely to be bad for the marine environment, but it's a real bonus if you want to see seabirds - "chumming" on an industrial scale. 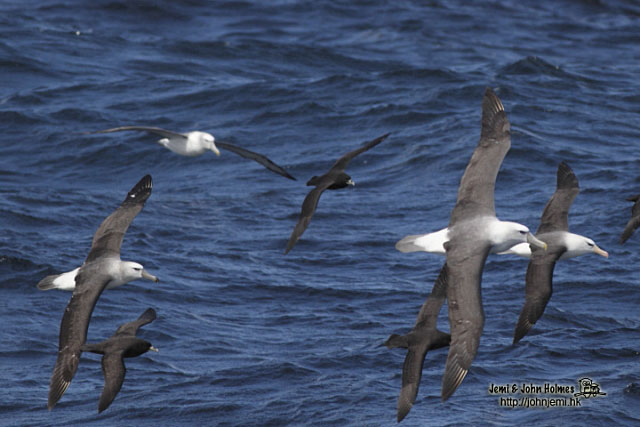 Commoner south Atlantic mollymawks include Shy and Black-browed.  Two of each above...  with White-chinned Petrels. 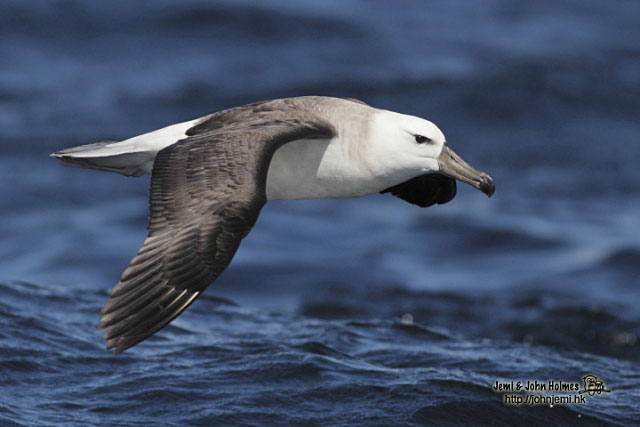 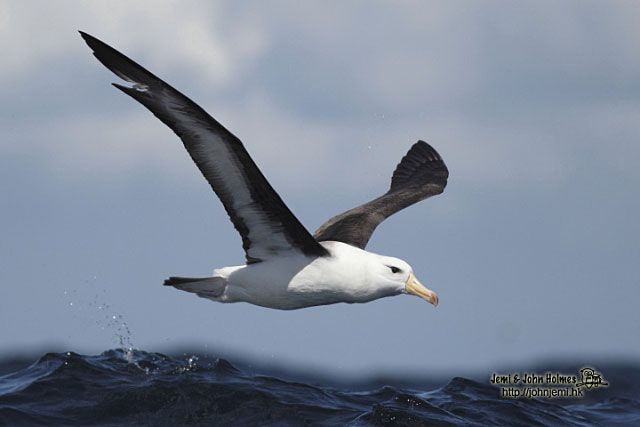 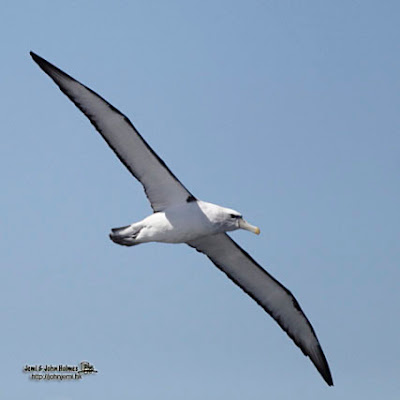 So many birds we didn't know where to look, although Cliff manfully kept pointing out the passing highlights...  below is a view of the other boat 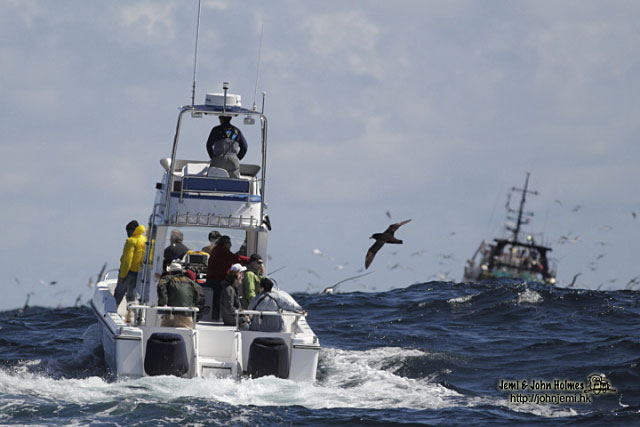 Larger Diomedea albatrosses are considered noteworthy in South Africa, and we were lucky enough to have a total of five Wandering Albatrosses during the trip (Although these shots are of the two which came closest !) 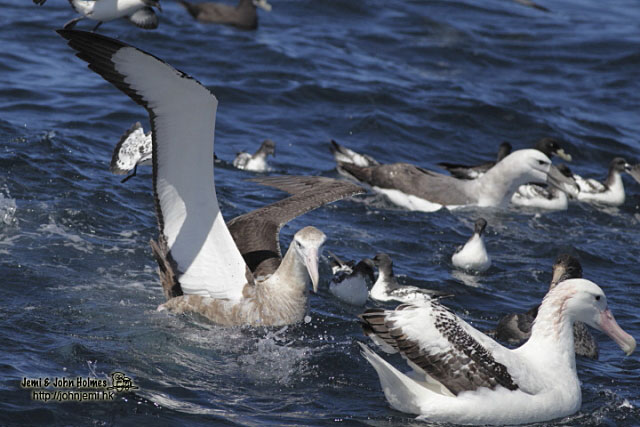 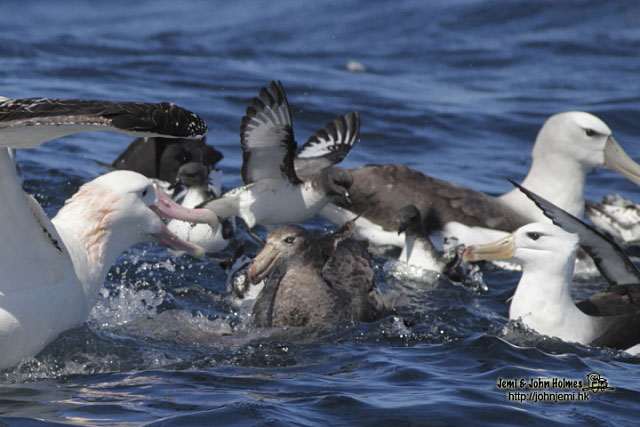 A "full and frank exchange of views", but all the other birds seem to back off when a larger albatross is scrapping for the same food. 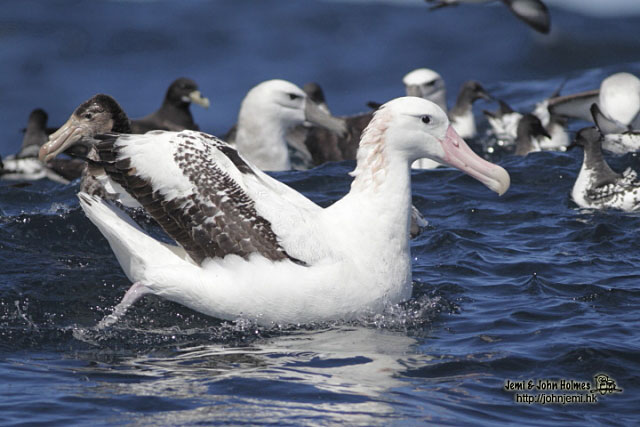 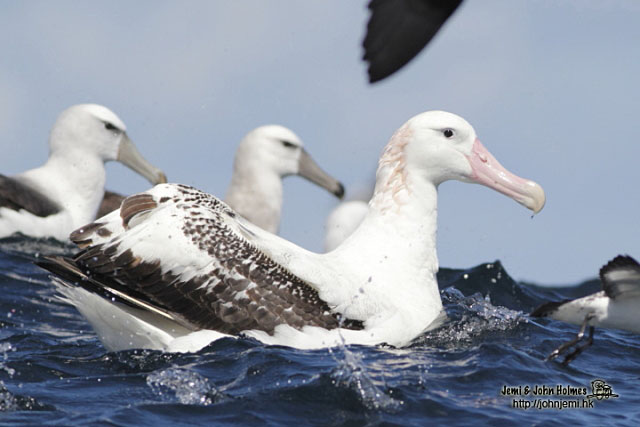 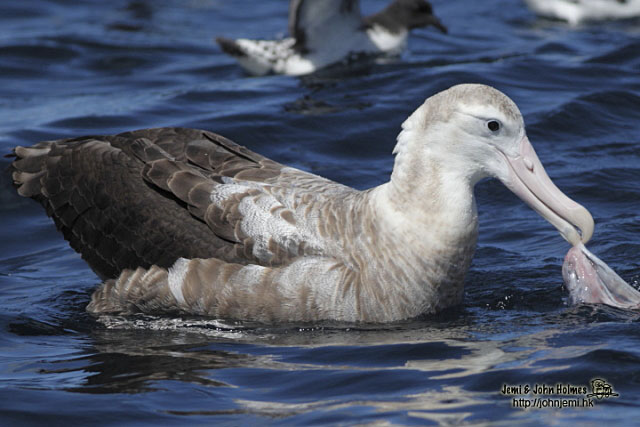 Petrels large and small were also on show.. 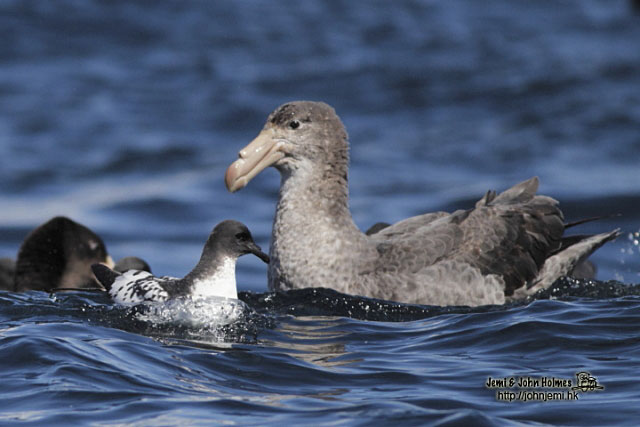 
Subantarctic Skua (below) was among the "ticks" for Jemi and I.  Great Shearwater which is pretty much confined to the Atlantic Ocean was also seen.... 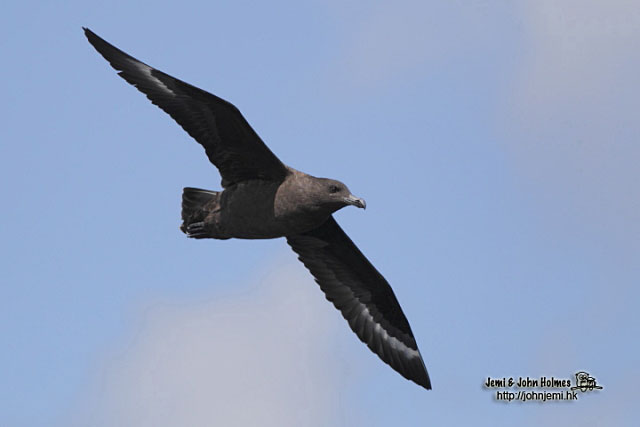 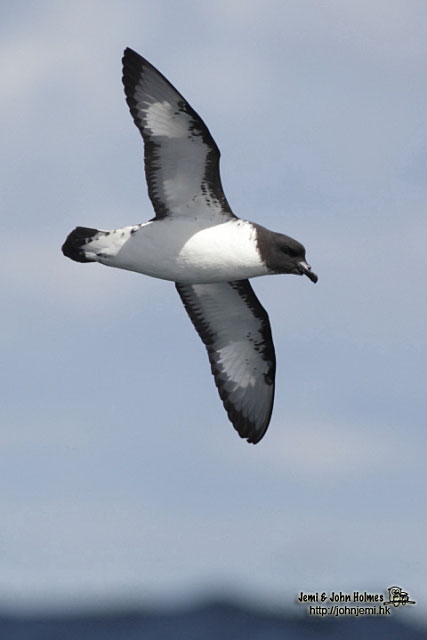 We returned to Hout Bay in mid-afternoon, well-pleased with the seabird show we'd had.  Cliff's account of the trip is on the Cape Town Pelagics website here:

Cliff and Dave had done everything to make the outing really memorable for us all.

These  photos were mostly taken with a Canon 1d MKIV and 400mm 5.6 lens, which was a good length to use on a small bobbing boat but I missed a shot of the Southern Royal Albatross, which was a  highlight for many.

Anyhow, the day provided a great kick-start to our South African trip.
Posted by John Holmes at October 20, 2012