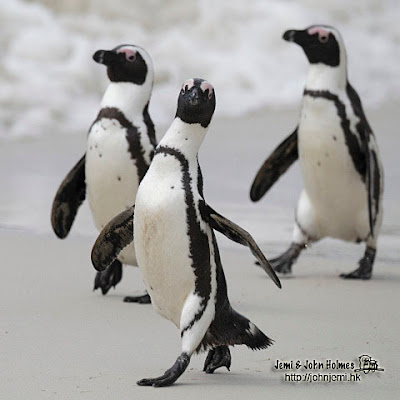 Words like "Africa" and "Penguin" don't seem to naturally go together, but the southern tip of the continent is a long way south of the tropics. With some weather systems coming from the waters around the Antarctic, the cape can get pretty cool.

We visited Simonstown the day we left the Cape Peninsula.  There are a lot of well-preserved buildings along the main street. 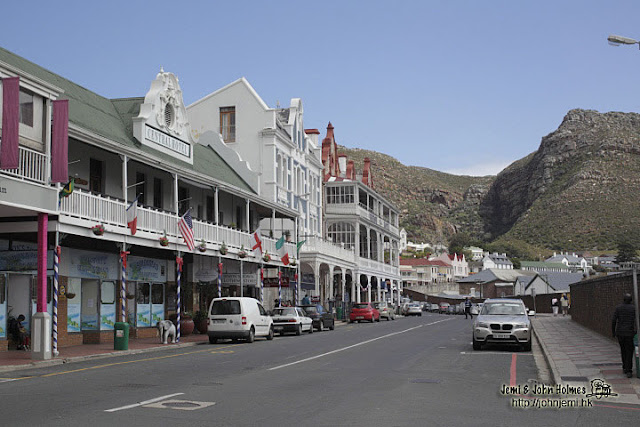 Simonstown has a colony of African Penguins (Sphensicus demersus) at Boulders Beach.  Actually they have only been breeding there since 1982.  From the original two pairs, there are now over 2,000 birds in the area.  But this local success masks a huge decline in numbers over recent decades, mostly caused by human over-fishing of the pilchards and anchovies the penguins depend on.  Sadly, these days, the African Penguin is an Endangered species.

But, penguins look cute and have become a big tourist attraction in Simonstown. The South African National Parks service has built a system of boardwalks, allowing close views of the penguins without disturbing them.  You have to pay to get in, of course, unless you cruise past in a kayak ! 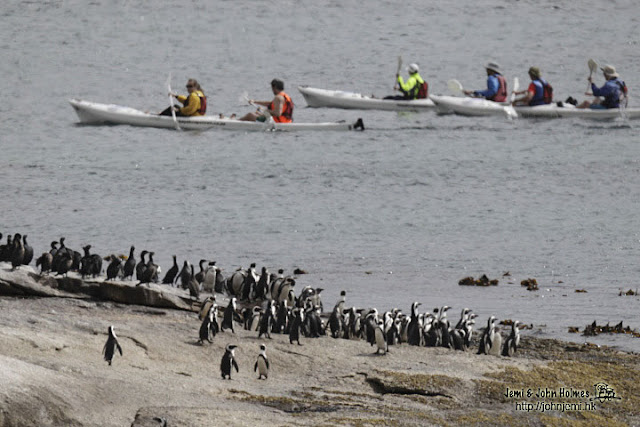 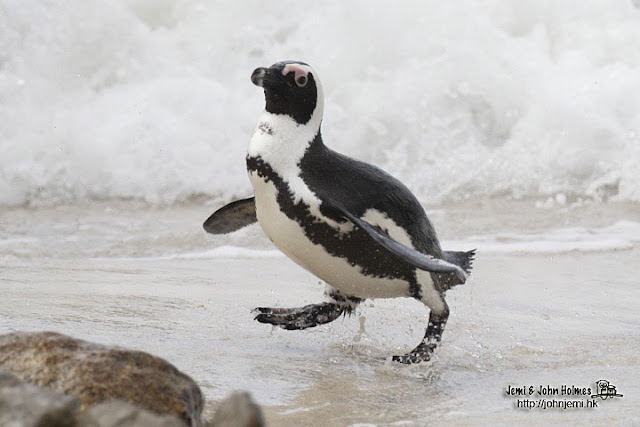 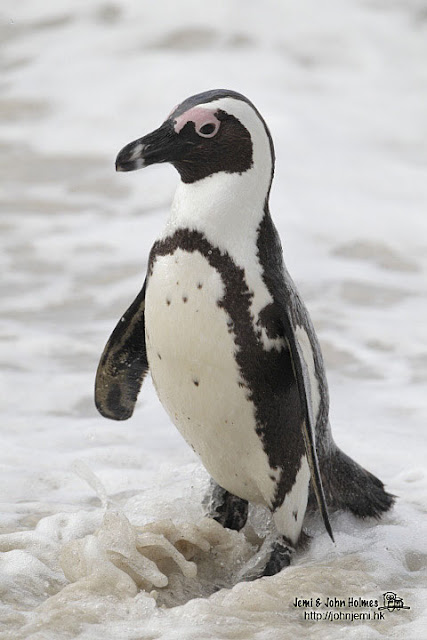 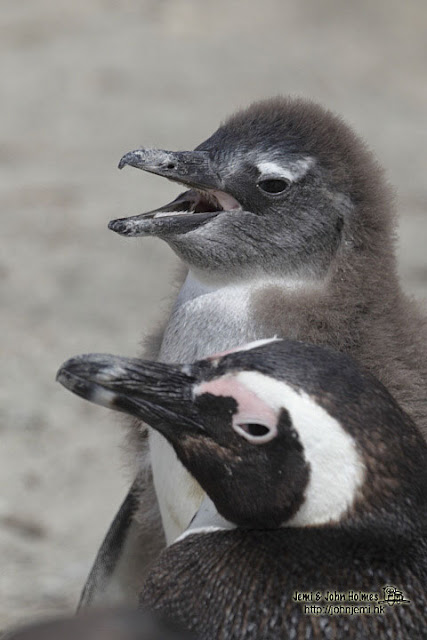 Later, after a scenic drive around False Bay, we arrived at Betty's Bay. 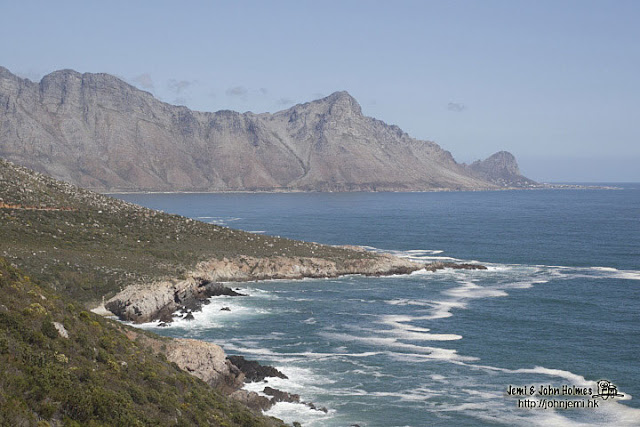 Guess what ?  More African Penguins, - but this time in a rocky setting.  The local council maintains a boardwalk at the penguin colony at Betty's Bay too, but it's a more rustic affair. 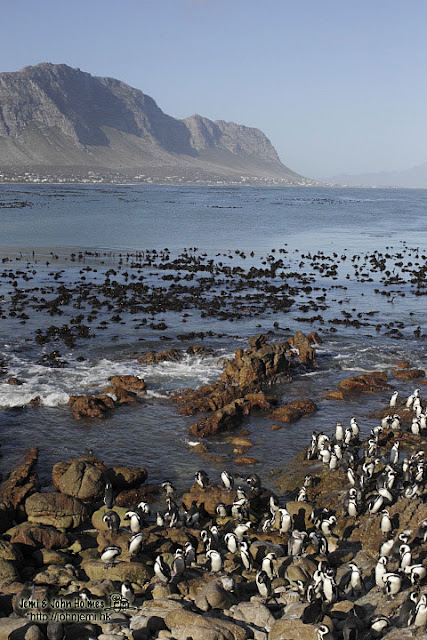 We were able to photograph the penguins coming ashore in the early evening.  Actually "coming ashore" is simple in theory, but in practice quite a lot of splashing and crashing about is involved. 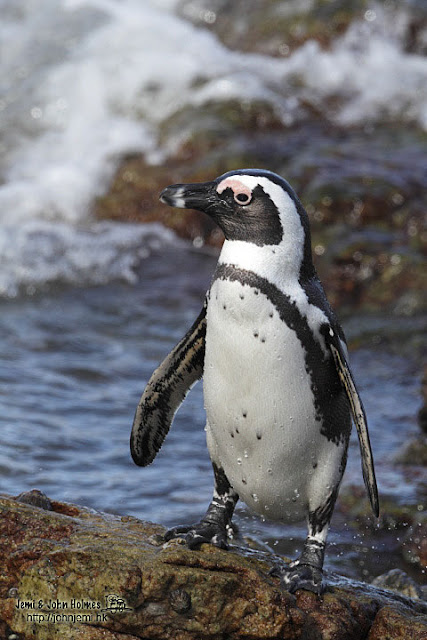 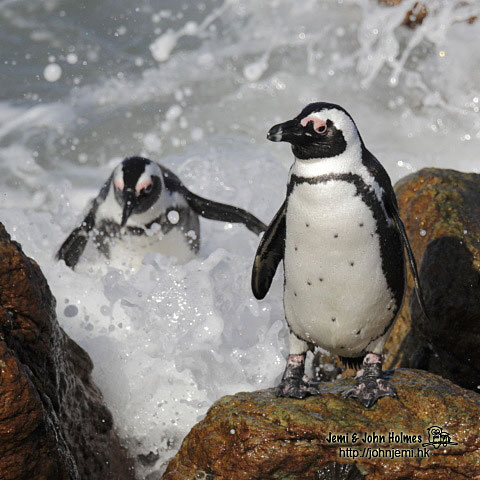 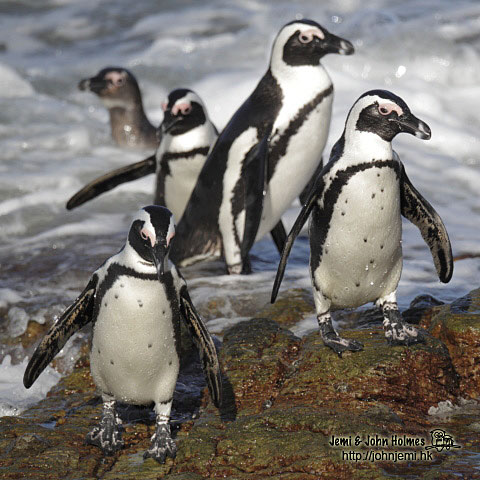 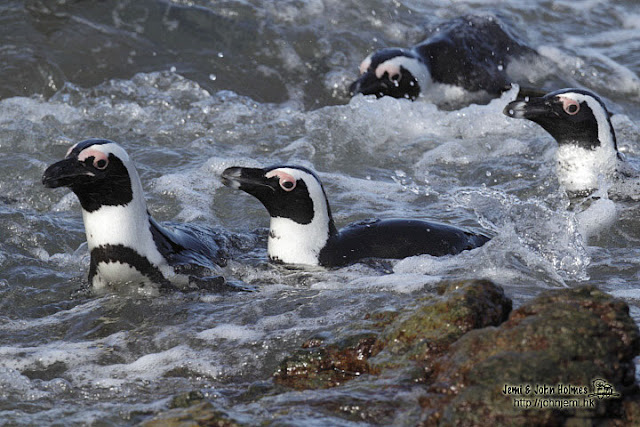 It was beautiful light for photography, and we didn't want to go when the viewing area closed at the end of the day.