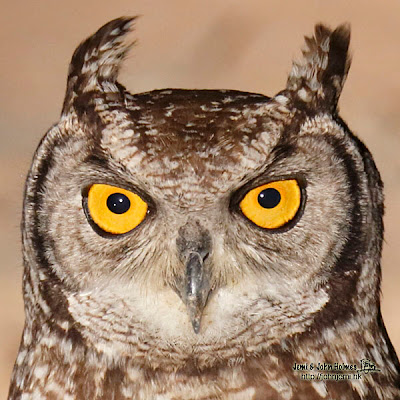 The Kalahari Gemsbok National Park in Northern Cape Province, South Africa was combined with nature reserves in adjacent parts of Botswana in 1994 to become the Kgalagadi Transfrontier Park.  We spent five nights there in early October.

The night drive vehicle was a very stable 22-seat Isuzu, driven and guided by the personable Sarah. (Didn't get her last name !) With a beanbag, the 800mm and 5D MKIII were a powerful combination. Here we are waiting for the rest of the passengers. 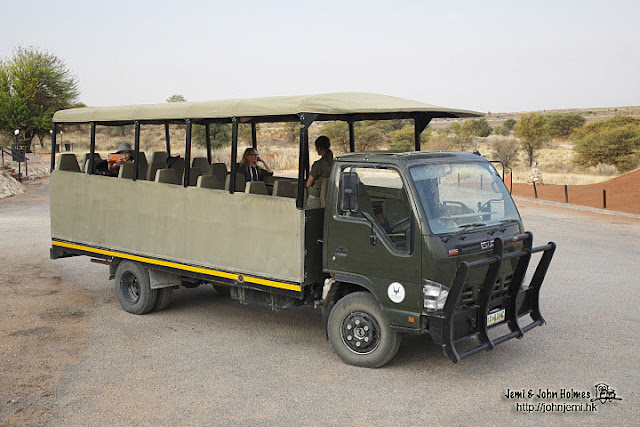 The "Sunset Drive" from 18:00 to 21:00hrs was the most productive for us.  Some of these photos were taken before sunset, which was at around 19:00hrs. After dark,the two spotlights fitted on the  vehicle provided enough light if the subject was within about 30 metres and not moving much.  We did two "Sunset Drives" and one "Night Drive" which followed-on, from 21:00 to 23:00. (Visitors are not allowed to drive their own vehicles in the park after dark.) 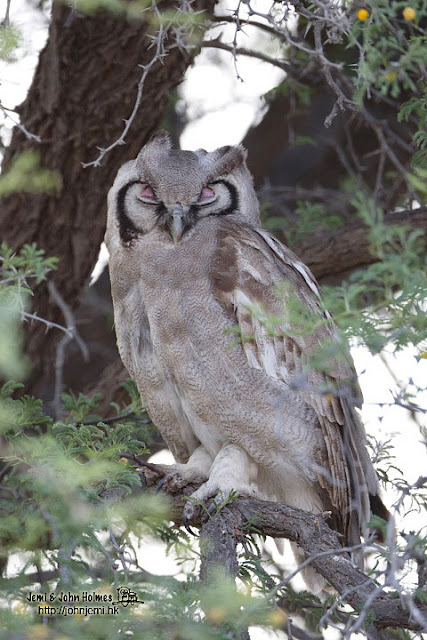 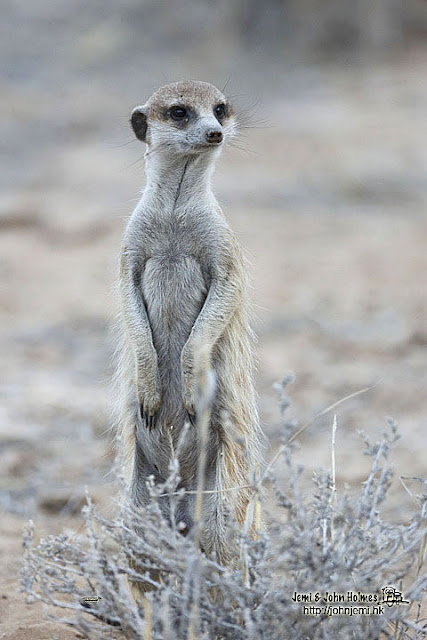 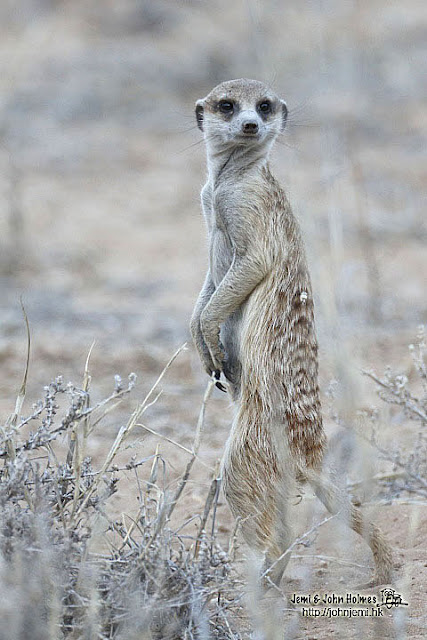 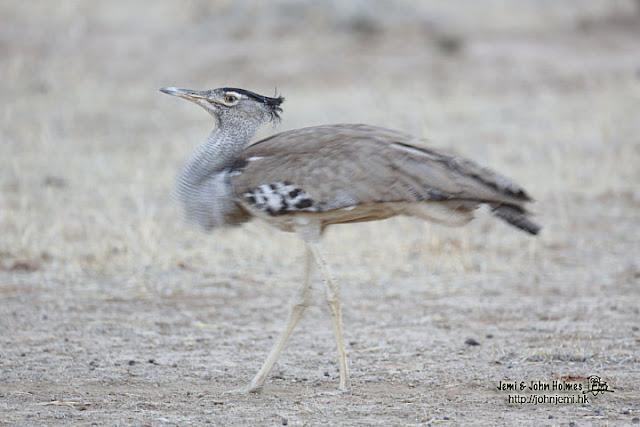 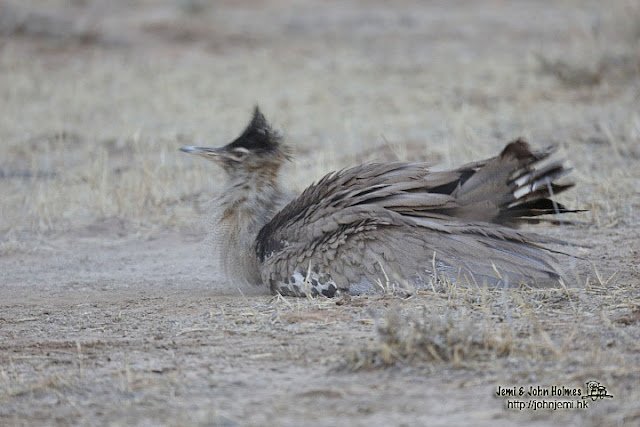 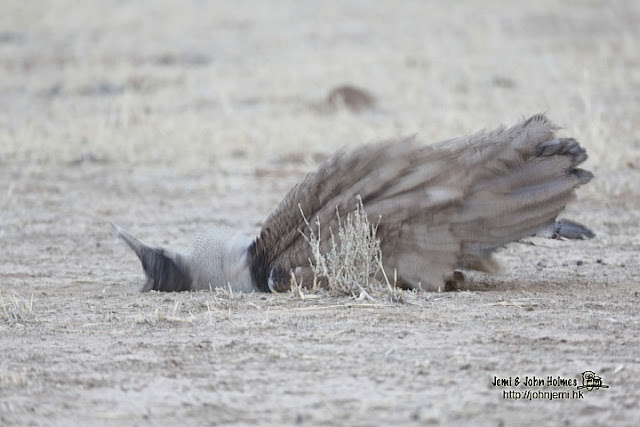 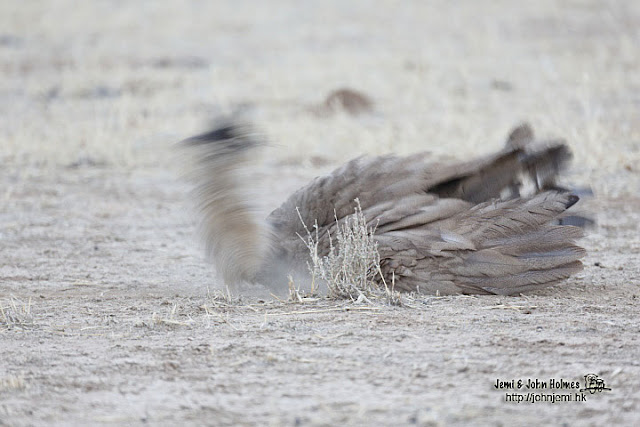 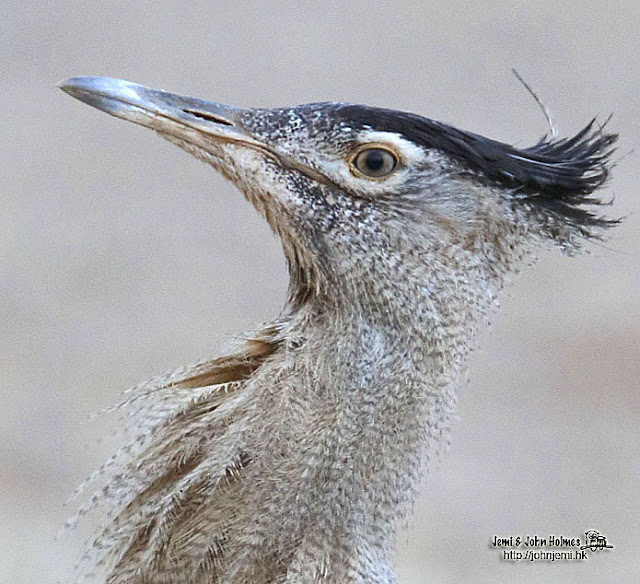 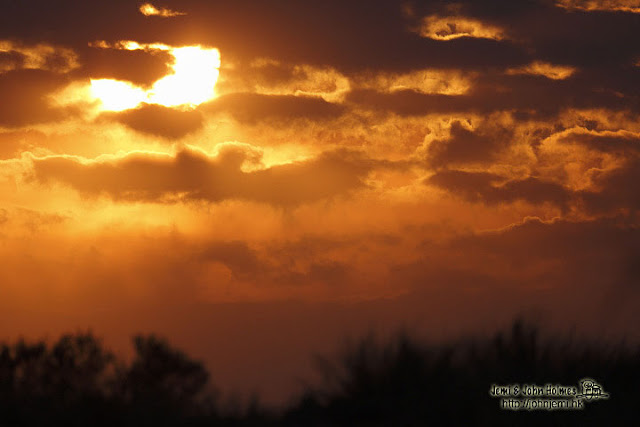 Yep, totally failed to line up anything iconic with the setting sun... 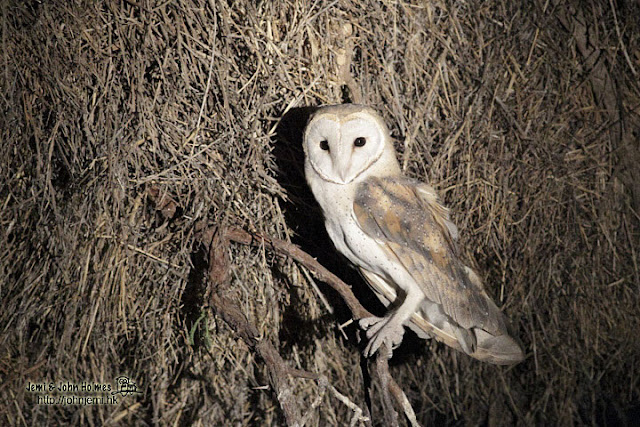 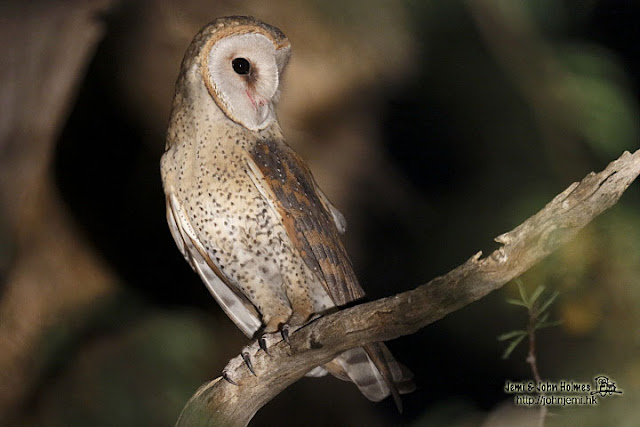 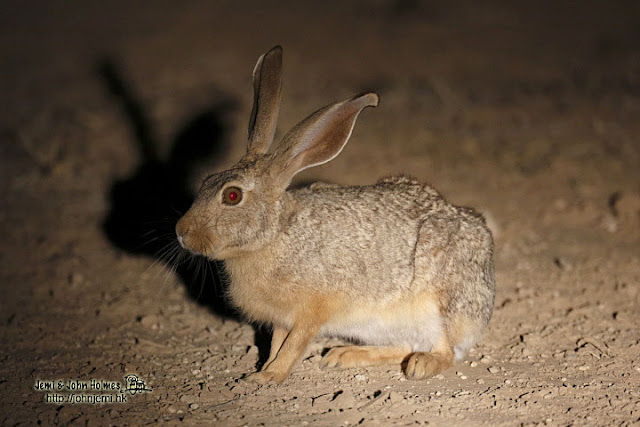 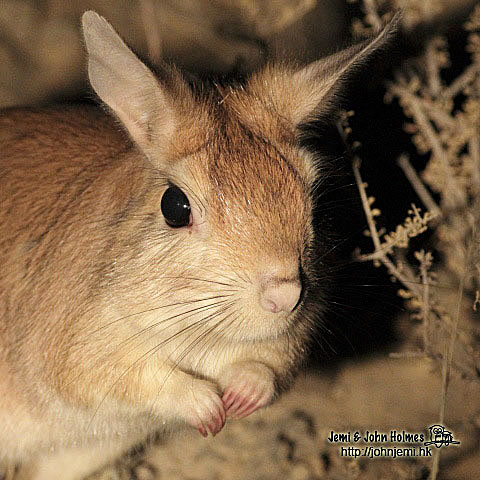 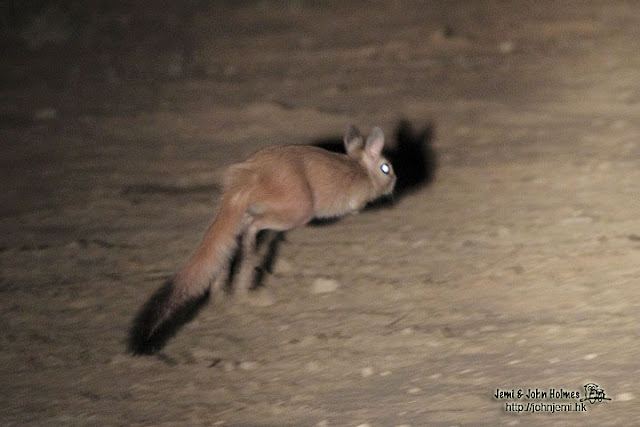 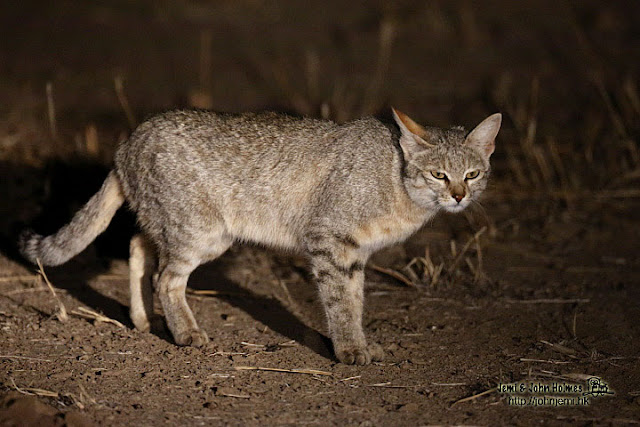 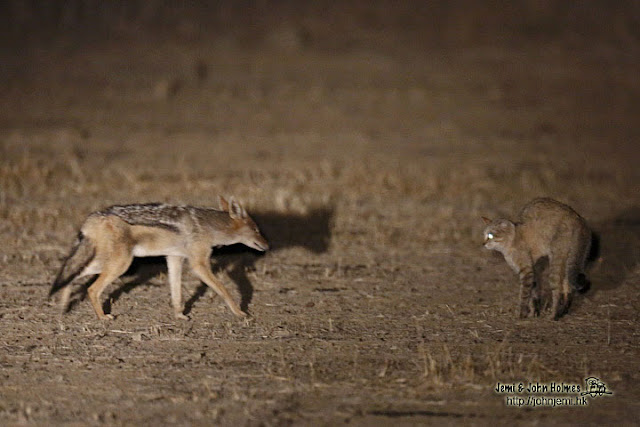 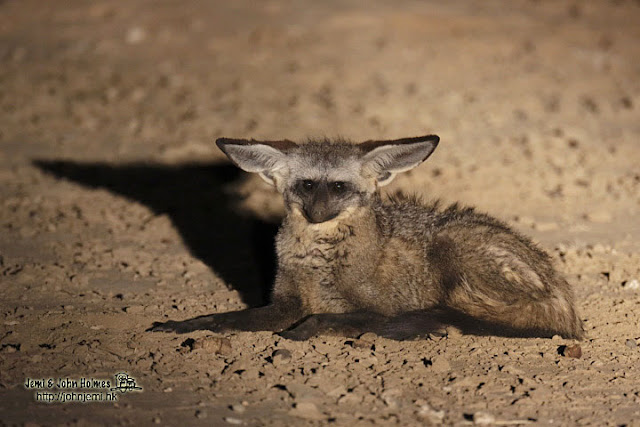 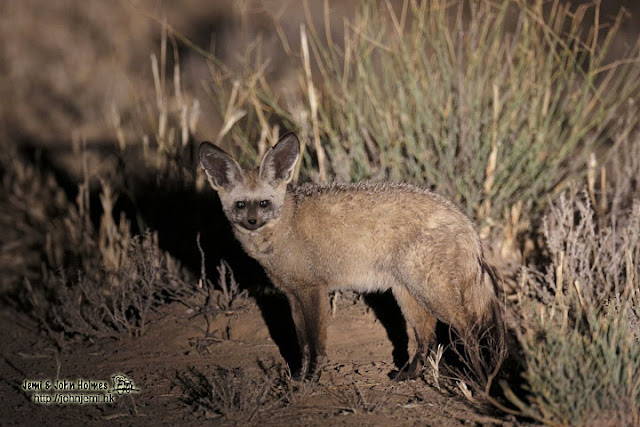 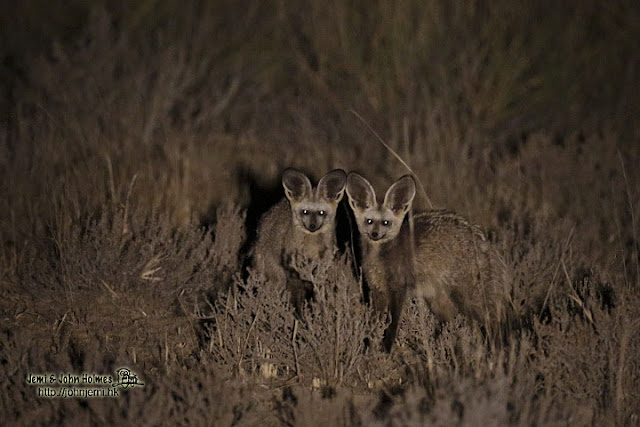 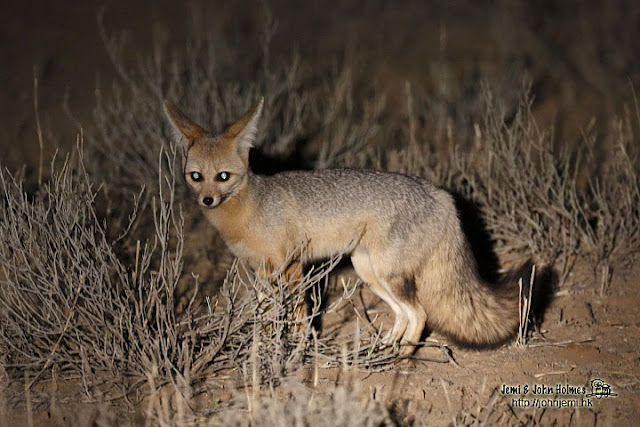 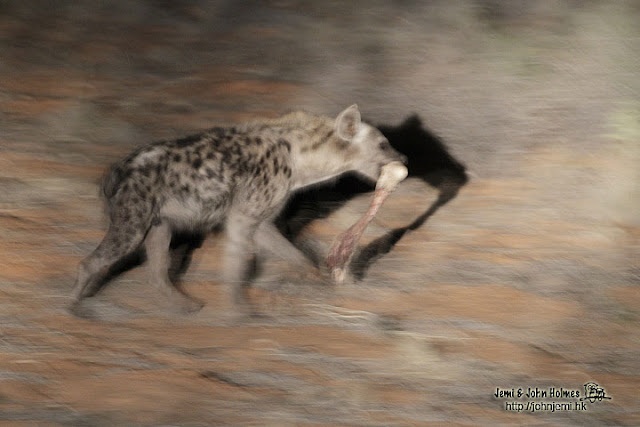 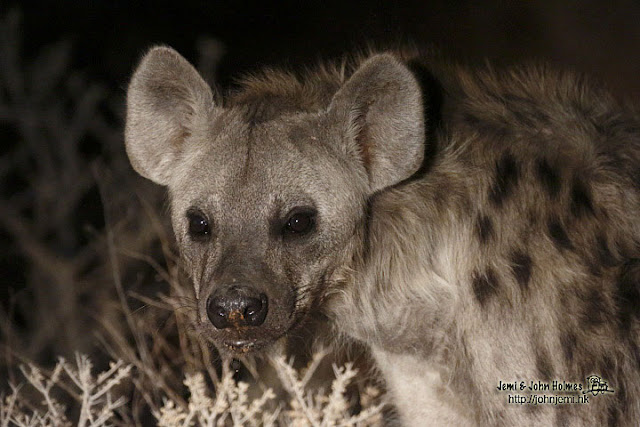 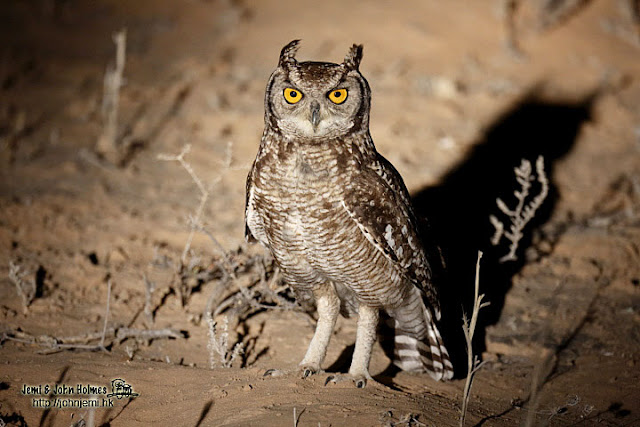 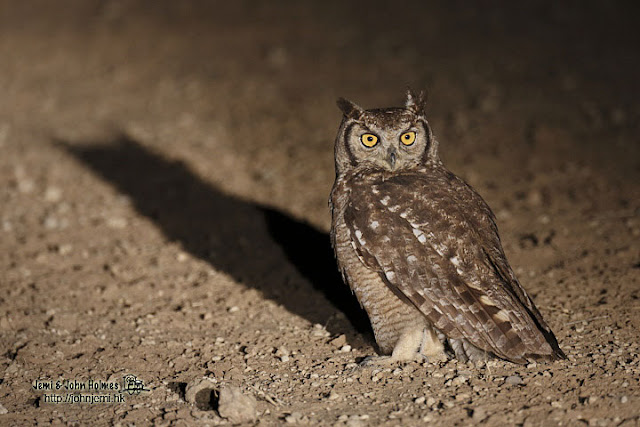 Next posting, "Kgalagadi in the daytime…."