On 25th March 2013 we met Chris Collins and the other forty-or-so tour participants at the Christchurch office of Heritage Expeditions. Our ship was the Russian-crewed Professor Khromov/ "Spirit of Enderby".  The Expedition Leader was Aaron Russ (NZ).

After the end of the Antarctic summer schedule of voyages the vessel has to be moved north to eastern Russia.  But, thanks largely to Chris Collins (who guides globally for Wildwings in the UK), what might once have been a simple repositioning cruise from New Zealand to Japan has been researched, developed and marketed as Heritage's "Western Pacific Odyssey". 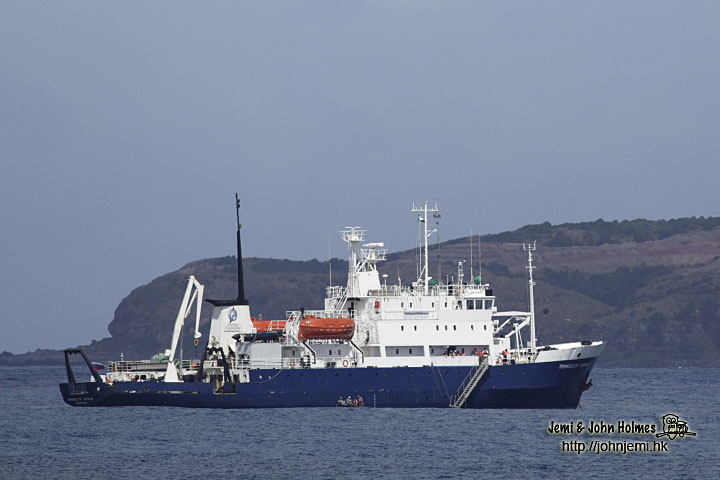 The 2013 trip was a curtailed one, ending in Kavieng, New Ireland, because the ship was heading for a servicing in the Philippines. So, the island stops were:

In between these places, the southwest pacific ocean is the territory of some rare and charismatic seabirds.  Guy Dutson's "Birds of Melanesia" (Helm) covers all of the area except Norfolk Island and was the book to get for this voyage. We were also given a Heritage/Wildwings WPO bird-and-mammal checklist (prepared by Chris Collins), so we could duly note sightings at the daily evening callover.

In these posts I have mostly followed the bird names as set out in Chris's checklist.  But even if I've identified all the birds correctly, these may be at variance with other publications.  There is a LOT of seabird re-classification going on at the moment.

The "Spirit of Enderby" eventually left the port of Lyttleton about twelve hours late, on the morning of 26th March.  By the time we reached the open sea (Pegasus Bay) it was announced that we'd be standing by while further tinkering was done with one of the engines. But the time was well-spent with Buller's Albatrosses and Cape Petrels appearing for fish scraps thrown from the rear deck.

We finally got under way, sailing northwards up the east coast of New Zealand's South Island.  It was late afternoon when we passed the famous whale-and-seabird watching town of Kaikoura.  More fish scraps went over the back of the ship, and the light was very good for photography as the albatrosses tussled for the food. 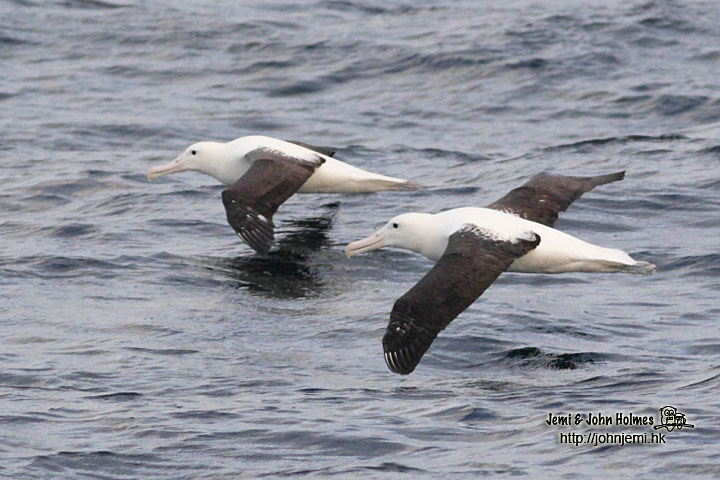 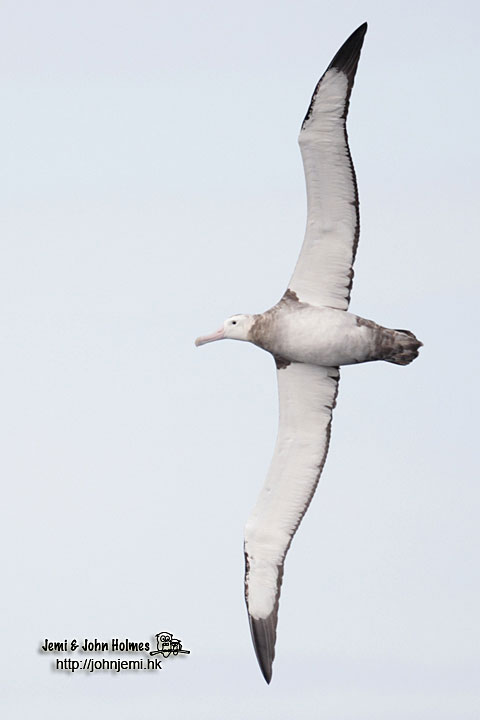 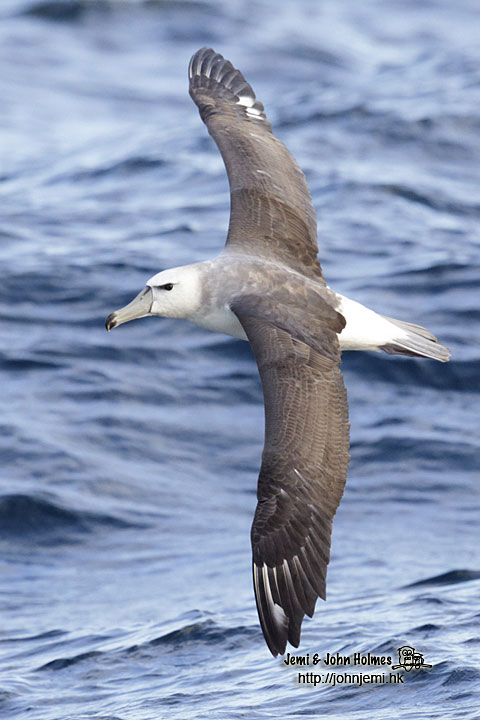 After passing through the Cook Strait on 27th, we headed north off the little-watched west coast of NZ's North Island. With a full four days of sailing before we got to Norfolk Island the passengers and crew settled into the routines that would characterize the voyage.

Not all were dedicated birders, there were people equally interested in cetaceans, too. Both birders and cetacean-watchers readily took up station on the top deck of the ship. A willingness to search acres of often-vacant sea surface for hours on end proved to be the unifying characteristic of both groups. 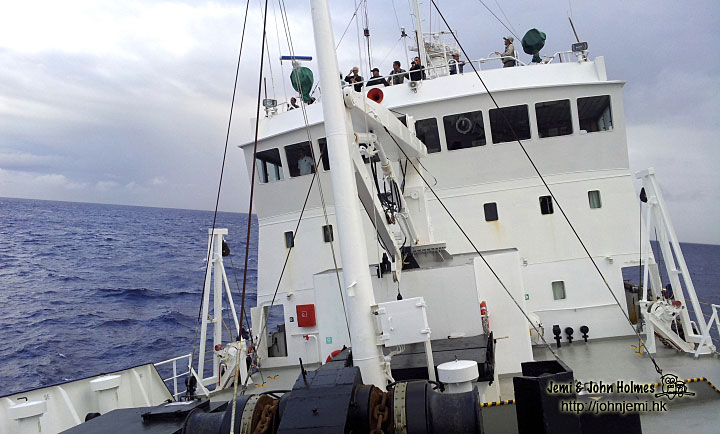 Chris was assisted in his bird-and-cetacean sighting by Mike Bell (NZ) and Morten Joergensen (Denmark).

Here are some cetaceans from the first few days of the voyage in ascending size: 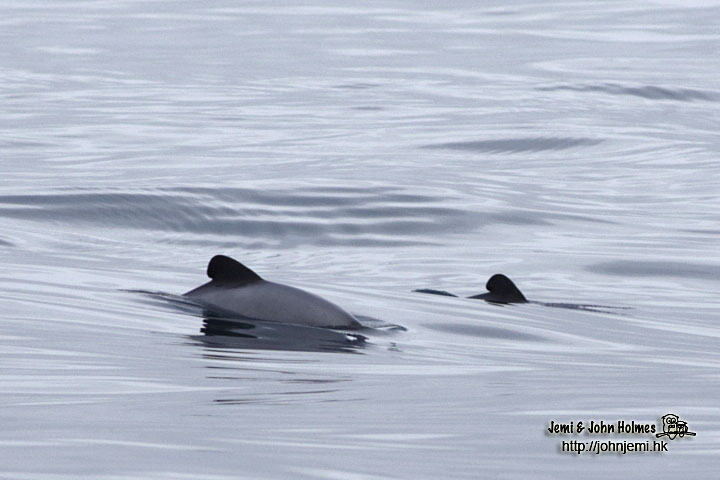 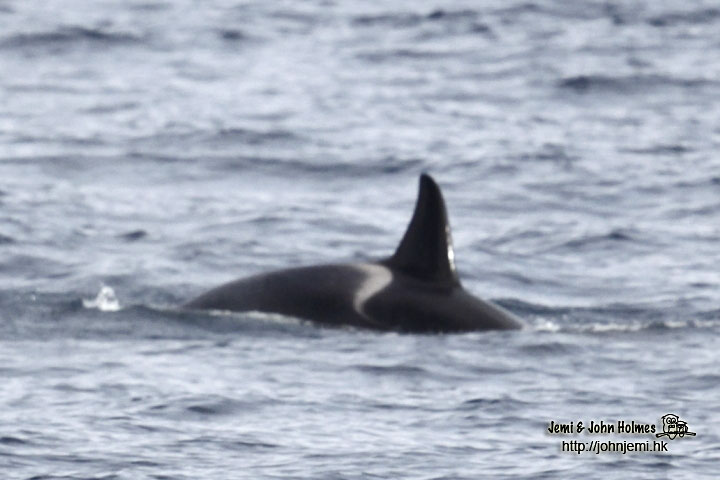 The photographers tended to lean over the prow of the boat.  You could see less ocean from the front deck, but it was generally a better place to photograph seabirds when they appeared. 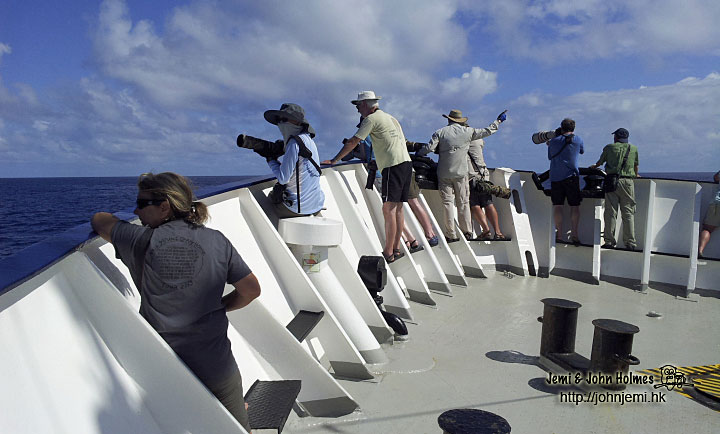 The early seabirding turned out to be hard work, and this set the pattern for the trip. The sea temperatures were significantly higher than usual, possibly due to the "El Nino Southern Oscillation" effect.  (Sounds scientific and plausible, -  I'll leave this in…) 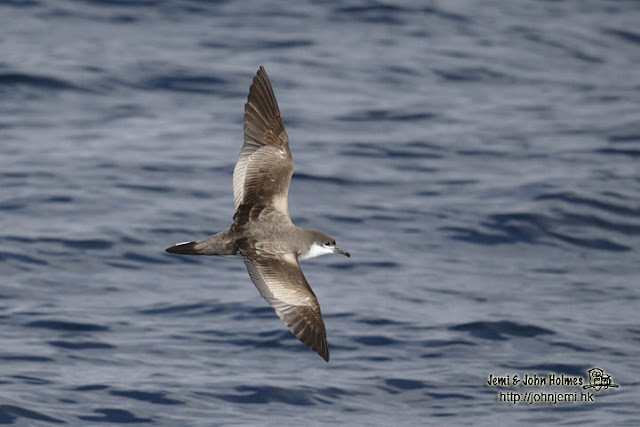 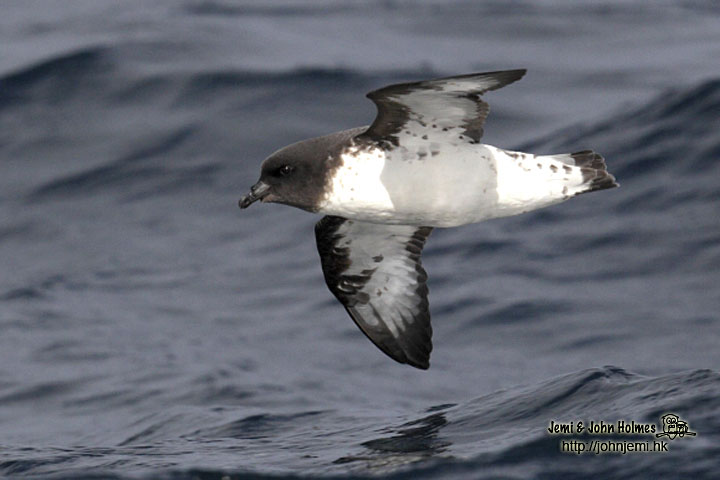 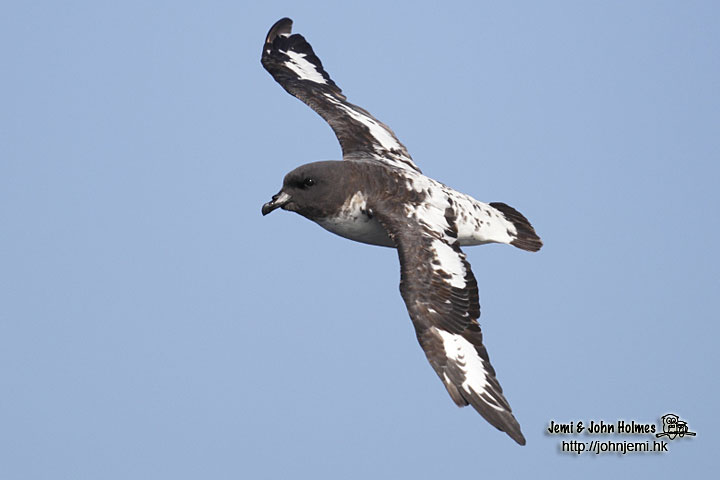 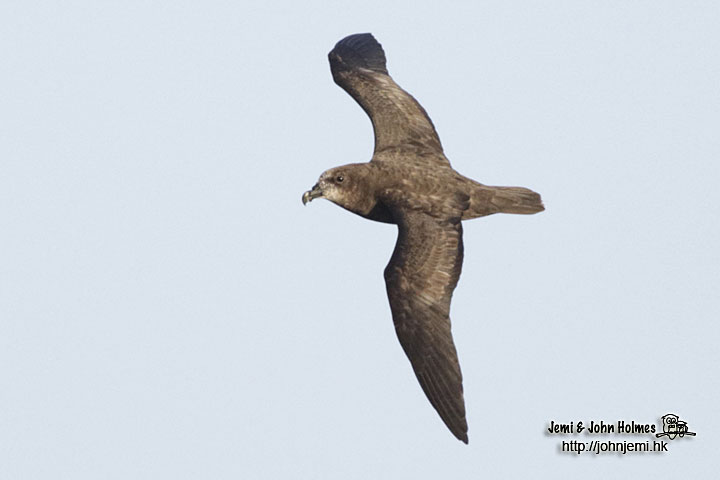 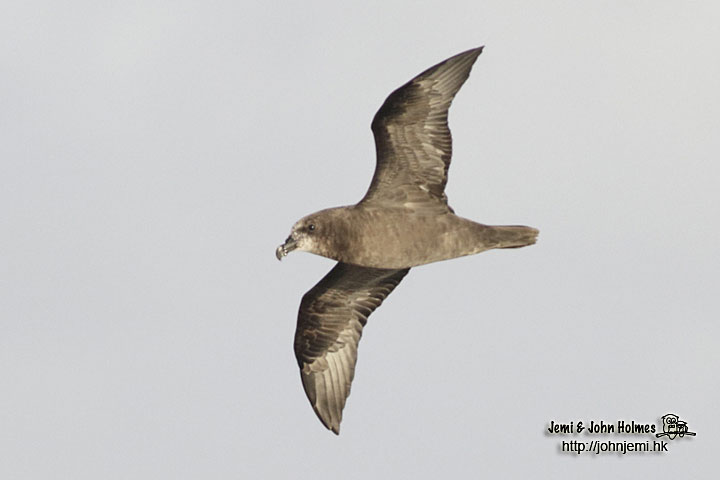 Two people who had done the WPO in earlier years thought the seabirds fewer in 2013.  Still, a steady trickle of seabird "Lifers" kept us going… 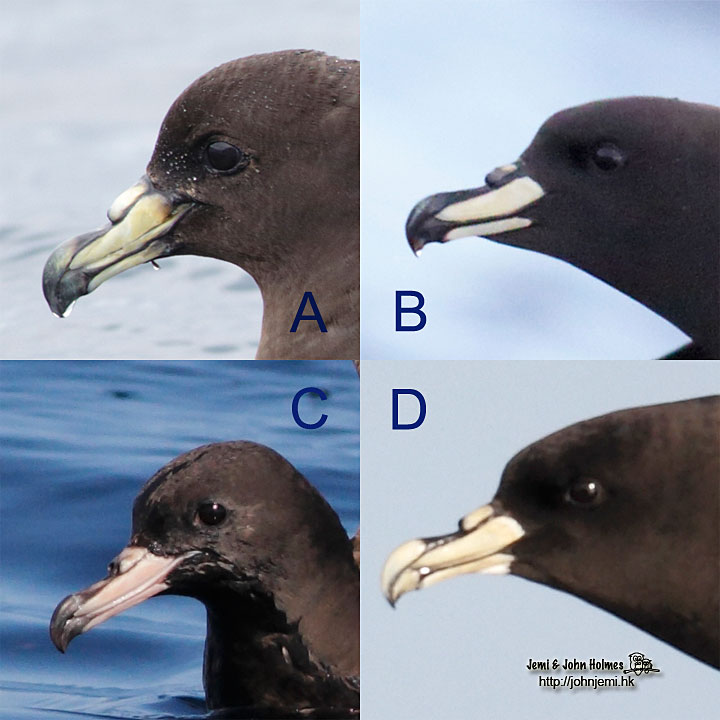 As can be seen below, the White-chinned petrels don't always show much "White Chin".. 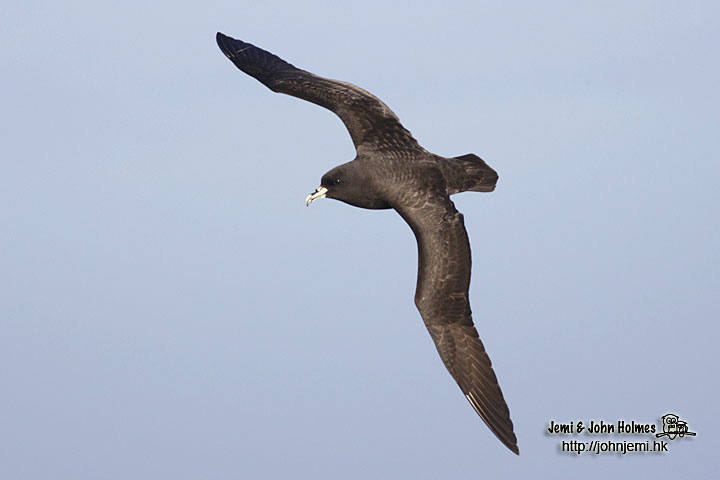 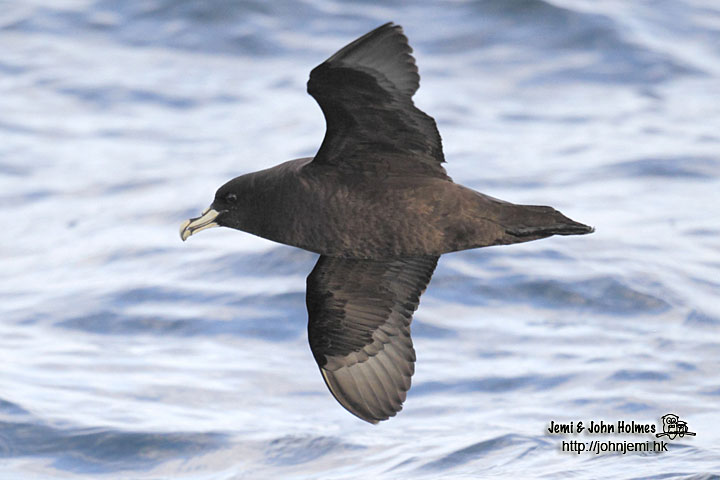 
And finally for this post, two shots of a rather attractive albatross.... 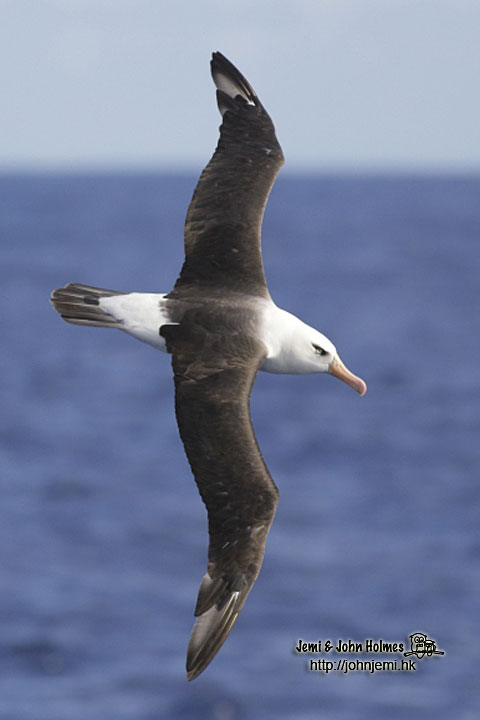 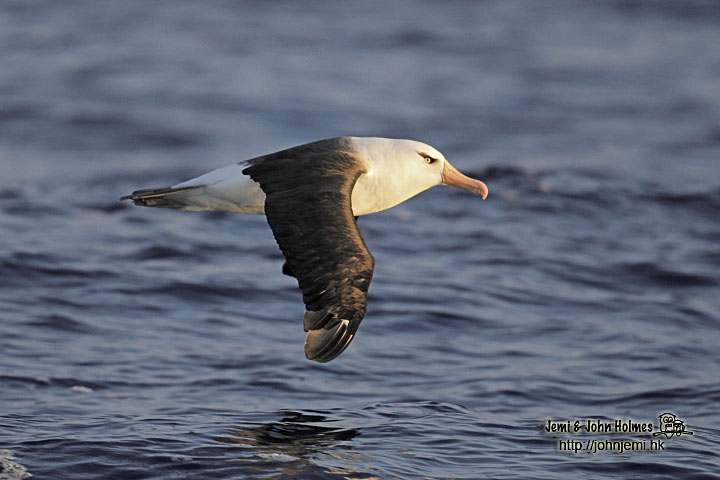