It's the middle of April and up until today we had had no reliable records of Spoon-billed Sandpiper during this spring's migration.

From the outermost hide at the boardwalk I was thinking of this as the waders approached in hazy sunshine. Hazy, a bit, but sunshine, yes. Good lighting conditions to find a very small feature on very small bird. 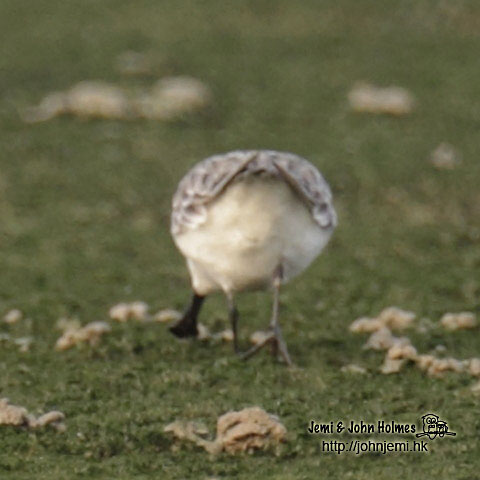 Dutifully scanning a bunch of Red-necked Stints I found a pale one that appeared to be gifted in the bill department.  Muddy stint bills can "get you going" as David Bakewell has described in Malaysia,

But it was soon obvious it really was Eurynorhynchus pygmaeus - although at "Record Photo" distance. 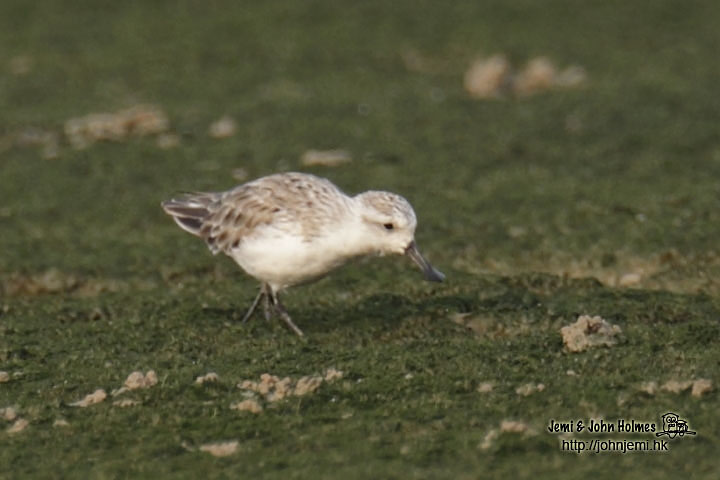 Later it turned up on the tideline in front of the "Twin Hides". 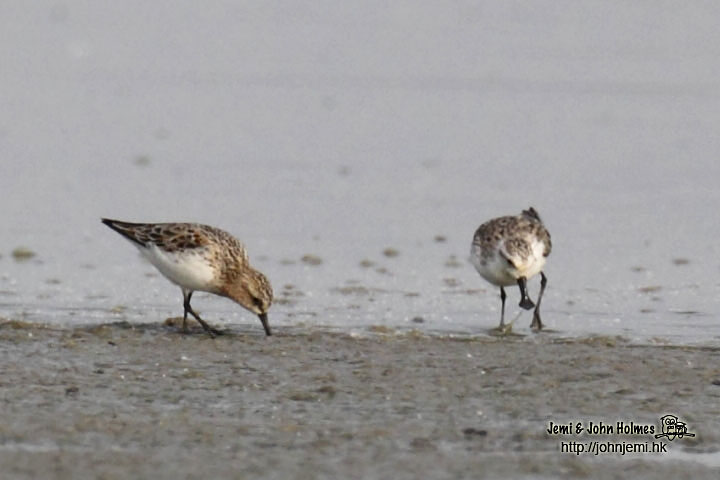 Also on display were five Asian Dowitchers among a large flock of Black-tailed Godwits. 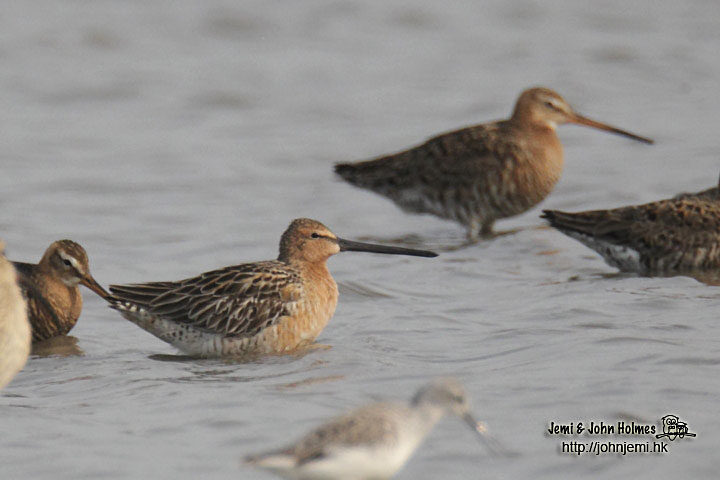 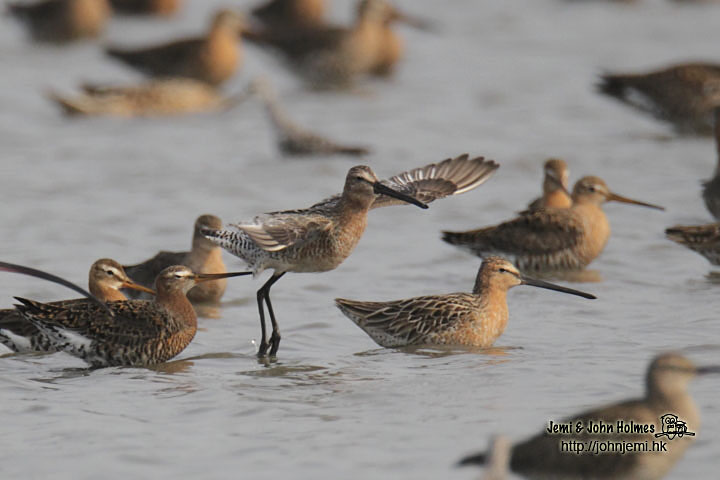 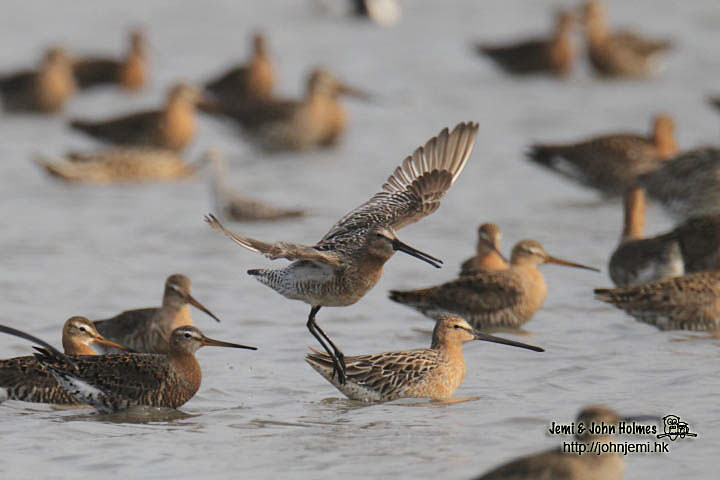 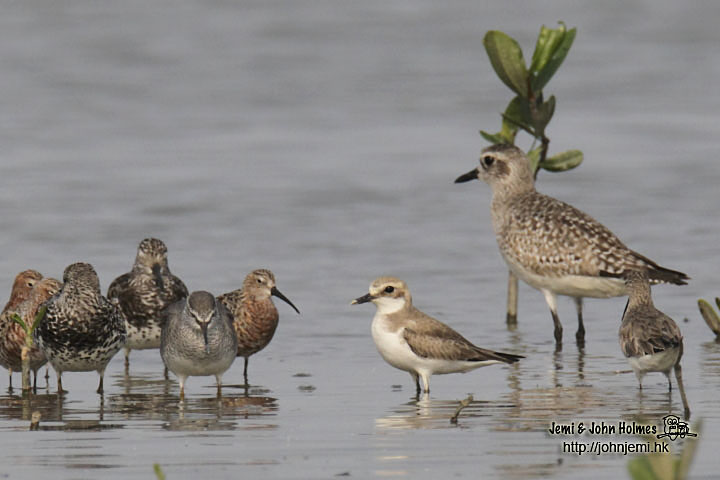 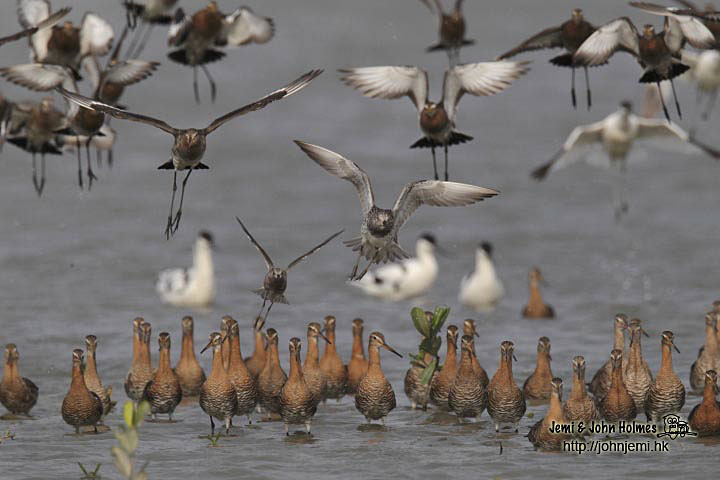 Six species in the shot below, I think. 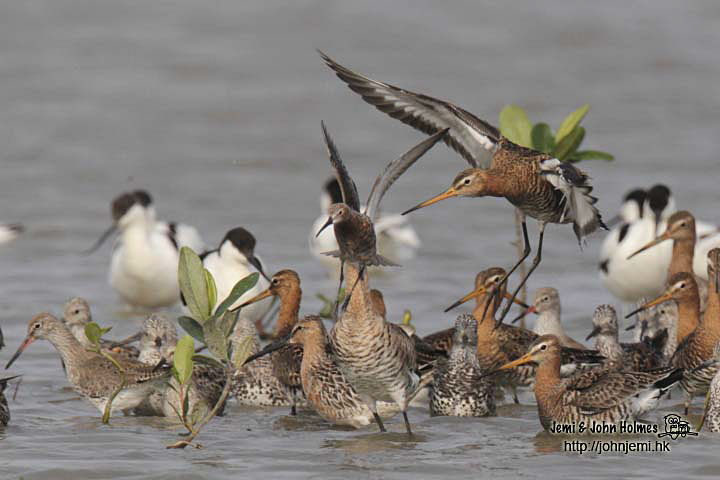 More views of the "Blackwits" in flight.. 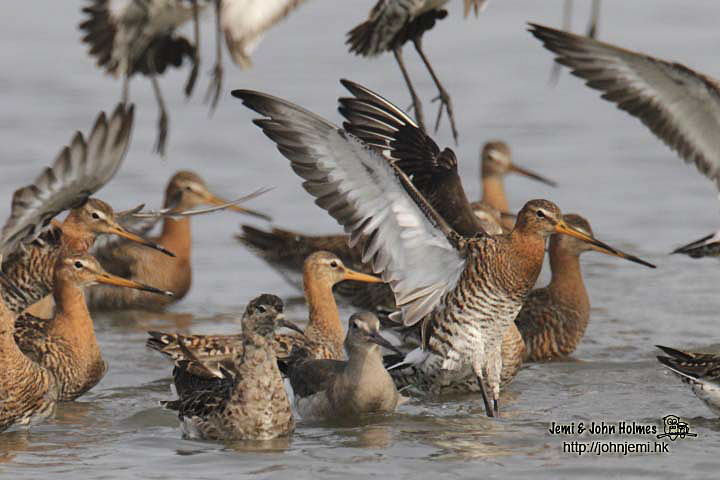 A rather piebald-looking Ruff  (above), lower left 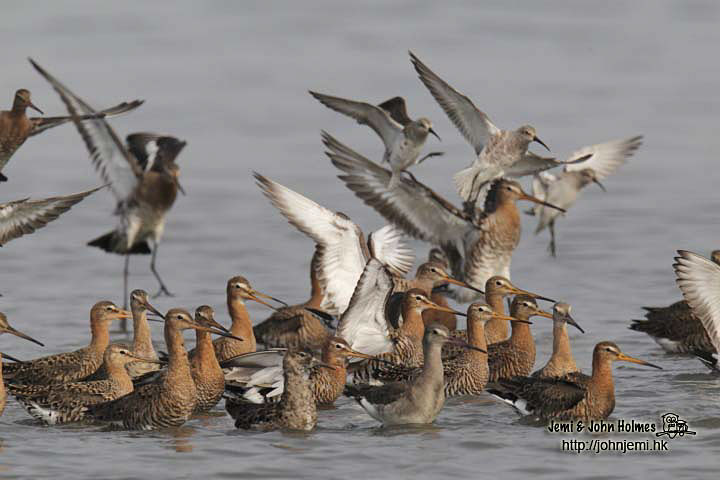 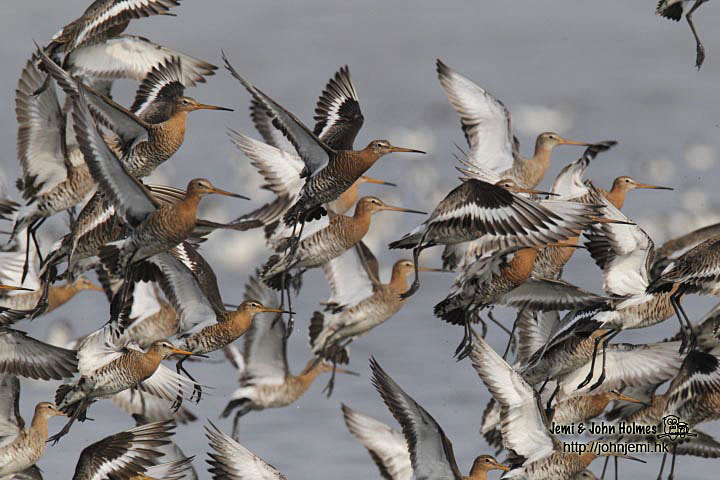 Other stuff about included this summer-plumaged Chinese Pond Heron, 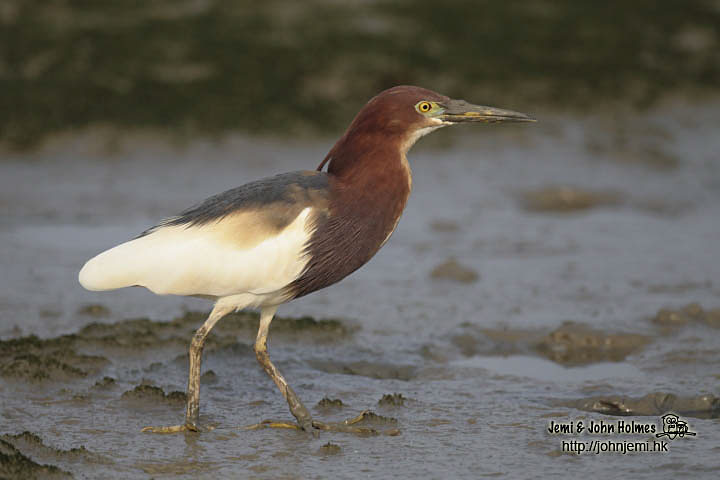 And about twenty Black-faced Spoonbills. Here's one of them. 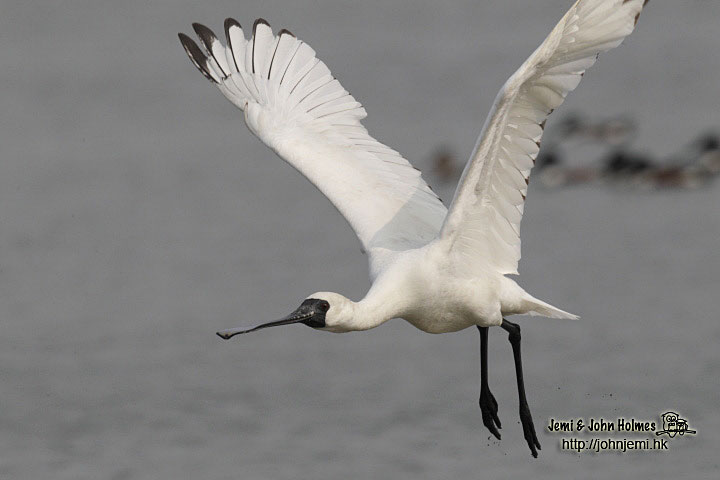