Tides at Mai Po (and everywhere else, I suppose) go through fortnightly cycles.  They key for wader viewing at Mai Po is for the tide to reach 2.2 metres or higher. This brings the tideline  - and the feeding birds - right up to the boardwalk viewing hides at the edge of the mangrove.

When the tide is very high, the birds may roost on the ponds within Mai Po Nature Reserve, and return to the tidal mudflats when the mud is exposed again. (Although at the moment, some of the smaller waders have been doing a nifty high-tide disappearing act.)

When the tide is low the birds can feed all day out on the mudflats beyond the prying eyes of humans. Which is good for them, but not good for the humans who want to count them, identify them, or take their photograph.  But the waders might still get chased around by Peregrines, as can be seen here… 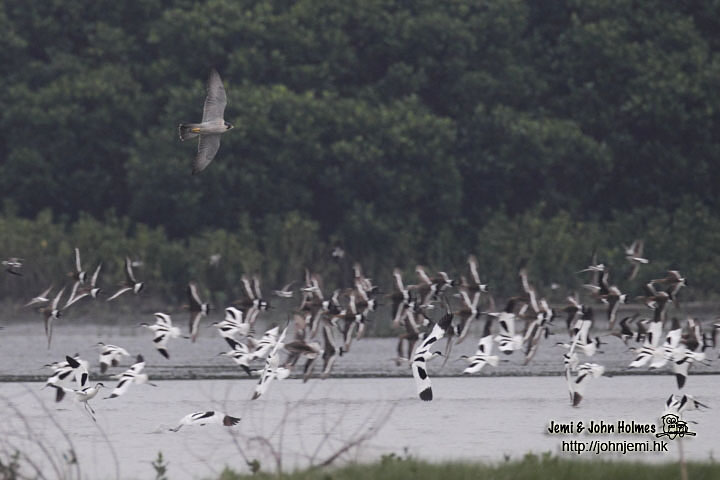 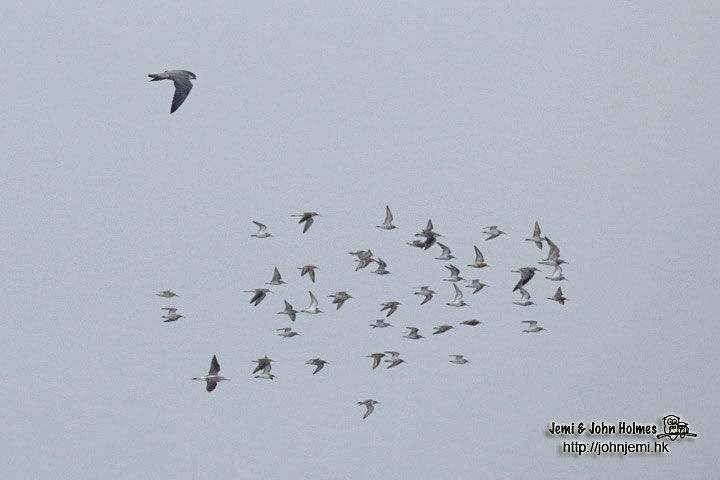 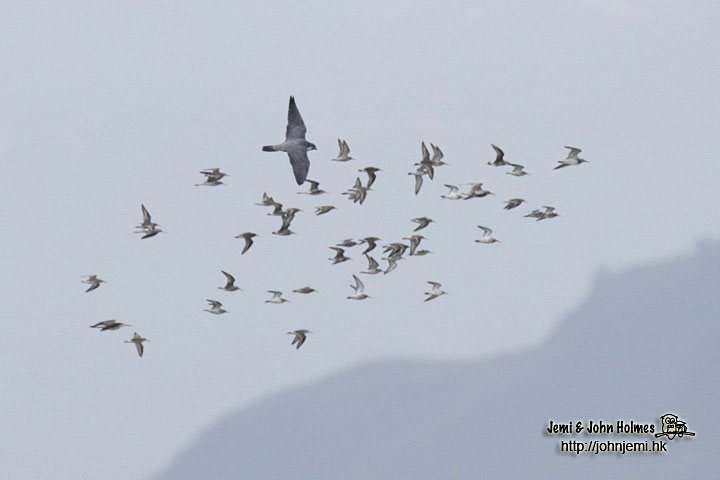 This bird seemed to enjoy chasing the waders, but I didn't see it take one.

Living reminders that our migrant waders have wintered elsewhere, here are two birds flagged in Australia : -

Unusual in Hong Kong, a flagged wader from Taiwan.

It's not all waders, April started with this magnificent Pallas's Gull - which may now have moved on.

There has also been a non-breeding Pallas's Gull around.

Terns - among forty-or-so Gull-billed Terns there were three Little Terns a couple of days ago, here is one:-

Duck numbers have mostly decreased rapidly since mid-March, but Garganey is a welcome feature of spring, with some well-marked males about Deep Bay.

Still no reports of Spoon-billed Sandpiper in Hong Kong yet this spring, but plenty of people are looking out for them.
Posted by John Holmes at April 10, 2014