We’ve been away !  An Antarctic Cruise and several weeks in Patagonia.  My first chapter of turgid travelogue is below.

TRELEW is a town on the Atlantic coast of Argentina, about halfway between Buenos Aires and the tip of the South American continent.

The area was settled by Welsh farmers from the 1860s. More recently, a “must do” tourist thing has been to the visit the town of Gaiman for “Welsh” cakes and tea, as Diana, Princess of Wales did in the early 1990s.

After a memorable session of tannin-laced carbo-loading, we headed west into an area of broad, flat fields and encountered a flock of about fifty Burrowing Parrots sitting on electricity lines.  Here are two of them.

Southern Lapwings are the epitome of “Common and widespread” - in the Trelew suburbs they they seem to occupy every roadside grass verge.

California Quails are an introduced species that is doing well.

On to Puerto Piramides in our four-door Chevy from Patagonia Rent-a-car.  We had four nights there as a base to explore Peninsula Valdez.

On our first morning, we drove down to the seafront, found a throng of people donning lifejackets outside Tito Botazzi and signed ourselves up for a Whale-watching trip.  After one-and-a-half hours we had seen five pairs of female Southern Right Whales and their calves. 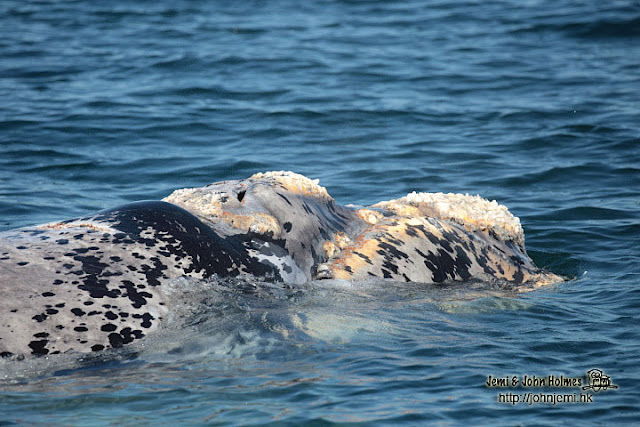 Peninsula Valdez has a network of ripio (gravel) roads, which keep car speeds slow and distances long.  There were nice views from vaious lookout points, including here at Punta Delgada.

The most frequently seen roadside bird was the Elegant-Crested Tinamou. 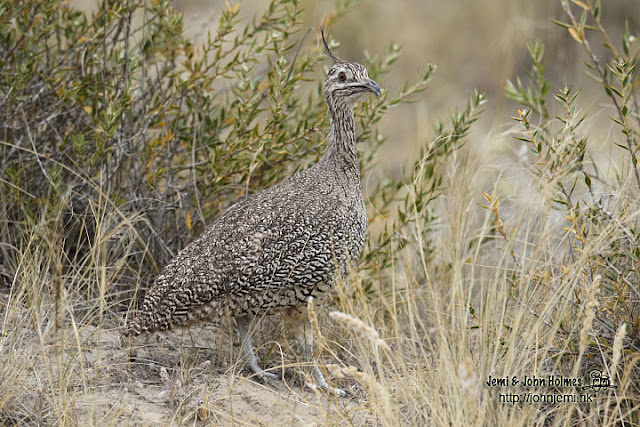 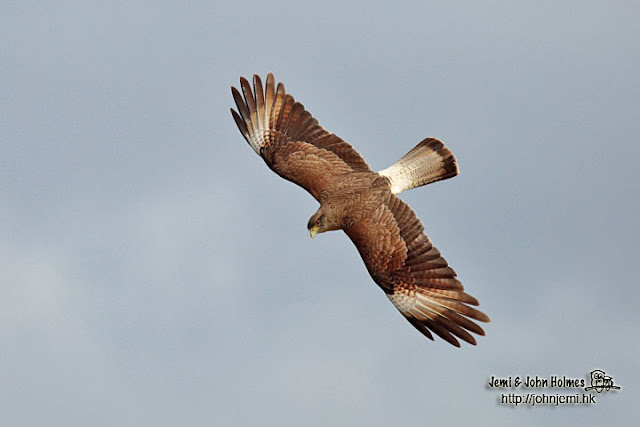 This party of ostrich-like Lesser Rheas had a female trying to look after no fewer that sixteen young birds. 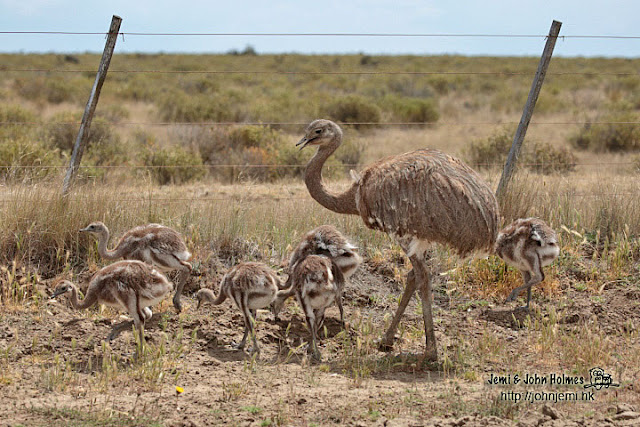 The characteristic animal of the area is the Guanaco.. 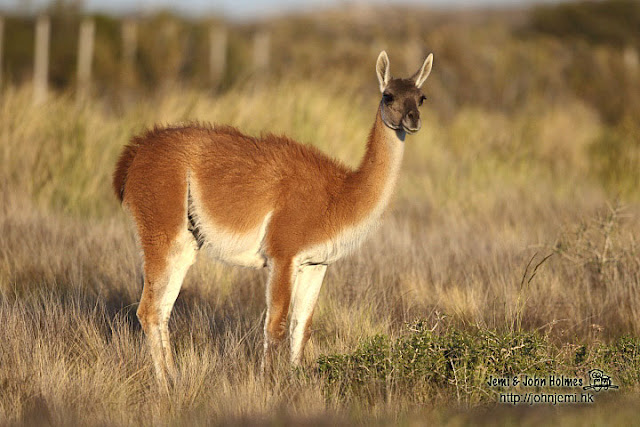 Back at Puerto Piramides, we ate at the Guanaco Restaurant, where the steaks are highly commended.  “Guanaco Ale” is on tap. 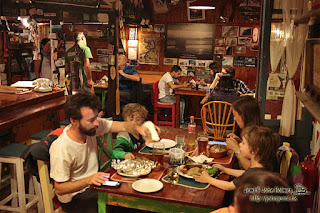 Back down the coastal highway, and just south of Trelew is the port city of Rawson.  At Playa Union two different outfits

run trips to see the star natural attraction of the area, Commerson’s Dolphins. 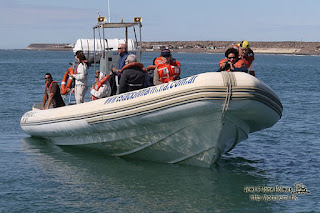 We went with Toninas Adventure, but both companies had boats out at the same time.  The poster in the Toninas Adventure office is captioned "PANDAS DEL MAR".  (That's in Spanish, obviously.)

The "Pandas of the Sea" were playful and confiding, everything a tourist with a camera could ask for !