At around 02:00 I stuck my nose to the porthole and could see a clear pink light over the millpond-like waters of the Gerlache Strait.  We were still heading south, with Anvers and Brabant Islands (of the Palmer Archipelago) to our right, and the Antarctic Peninsula to our left. Naturally, we dragged on every item of clothing we could find, and went on deck.


Now THAT'S what I call scenery !

Our "Continental Landing" was set for Portal Point, and we were nearly there.  (I can sense the patient blog reader asking "Are we there yet ?".  - Well, yes we are.)

Portal Point   In 1956 a hut stood on the dome of land, marking the position of a route to deeper into the Peninsula. 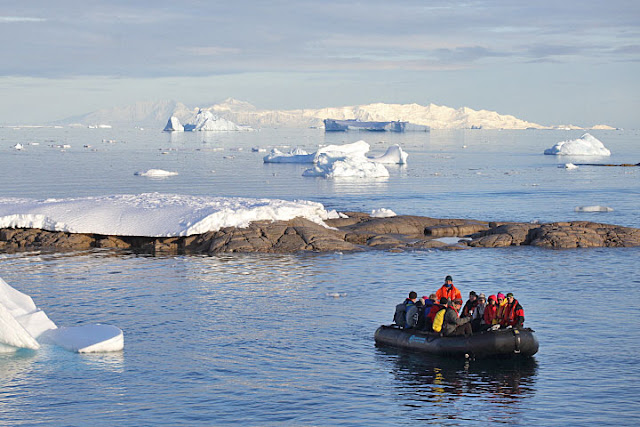 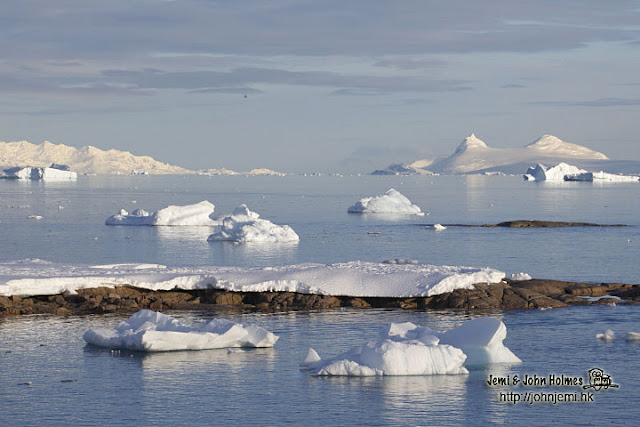 There were no penguins to see, but an all-round view of crisp, white Antarctic scenery. Later in the morning we went to view a large colony of Gentoo Penguins at Cuverville Island.


Brown Skuas patrolled the penguin rookeries, watchful for a chance to make off with unguarded eggs. 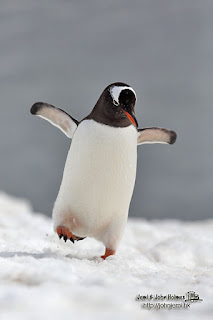 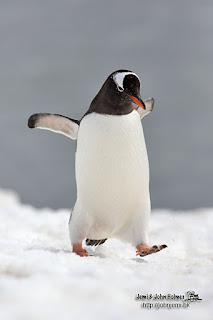 And in the evening, a barbecue on the rear deck....I took this shot just as they catering people were setting up...

Humpback Whales surfaced and blew in the bay while we ate - 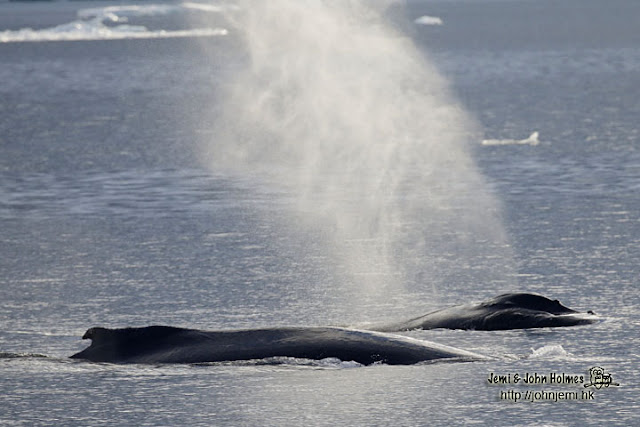 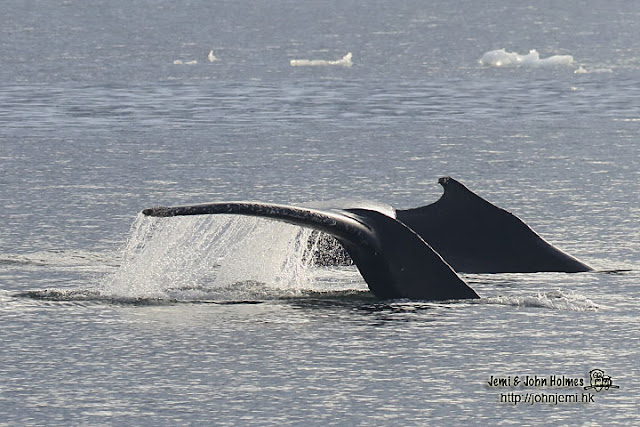 That was about as good as it got. All too soon we were heading back to South America....
Posted by John Holmes at February 26, 2016