Jemi and I arrived at Luxi airport in mid-afternoon with Carrie MA, who had initiated and organised the whole 12-day trip. We owe Carrie many thanks for a great holiday.

We had been to some of the areas covered on this trip previously, but not at the same time of the year, and things change so quickly in China anyway.

Our driver and guide was Mr DU Yin lei, “Xiao DU” author and photographer of the “Field guide to the Birds of Yingjiang”. ( Wechat: yilovejiaoju ).

We took the G56 toll road to Ruili, and birding began with Grey-throated Martins over the west of town, where we also visited Long Mu Lake Park. It was nice to see Burmese Spotbills and Ferruginous Duck on the lake, along with a variety of egrets and herons on an island in the middle.


Landscaping around the lake is not finished. “Xiao DU” mentioned that there is a disputed plan to allow boating on the lake - disturbance from which will likely drive the wildfowl away if it goes ahead.

The last two hours of daylight were spent at the woodland site of Nanjingli.  This is about 12km along route S 233 north of Ruili town, and right on a minor road XNO3 just before a tunnel.

- and then we had a prolonged encounter with a flock of Pale-billed ( formerly “Lesser Rufous-headed” ) Parrotbills as they went to roost in a large grove of bamboo.

The light was poor, but the parrotbills were spectacular, and my first "Life Tick" of the trip.

Arrived at opening time of 08:00 at the Moli Tropical Forest Scenic Spot (admission: RMB 50). Referred to as “Moli Waterfalls” in some trip reports.

The concrete road between the entrance and the main car/coach park was a kilometre of potentially good birding, (both on the way in and on the way out) as were the woods around the path to the main waterfall.


There were Green Peacocks in the trees as we approached the path uphill to the waterfalls, but these were ignored as tamed hybrids. “Also seens” included Maroon Oriole, Scarlet Minivet, Common Iora and Bar-winged Flycatcher-Shrike.

As the Scenic Spot filled with day-trippers we left and returned to Nanjingli.  Mountain Bulbuls came low to eat fruit, and we saw several Treecreepers, most of which seemed to be Rusty-flanked.


North on Route S 233 after lunch we were stopped at a Police checkpoint near Husa.  Later we turned onto the old road, X 227 which goes through some good habitat and descends to a dam near the river floodplain.

After crossing the river there was a big sign for “Hornbill Valley” and we turned left (westwards). The road was S216, with the Daying River below us on the left, and our overnight rooms about 40km away.

Having phoned ahead to book it, we stopped at“Bird Pond No.9” about halfway along the road.

This was our first experience of a Chinese "Bird Pond". To attract birds most of these places have a small pool fed by a trickle of water.  Corn and mealworms are also put out. The birds are viewed from a large hide with numbered portholes.  It works - in a couple of hours we had fine views of a variety of otherwise “difficult” species.  Elsewhere in this general area, hunting has made most birds very shy.

The cost was 60 RMB per person per half day - we could stay an hour or all morning/afternoon for that price.  Most hides had 10-12 assigned seats.


Carrie noted that the "Bird Pond" business had brought a steady revenue stream to a place where there had not been much money before. The village of Hong Beng He at the end of the road looked more prosperous than it had on her previous visit, two years earlier.  Our 2018 guesthouse did not have electricity in 2016.

There were about twenty other "Bird Pond" users in the villages' two guesthouses, mainly Chinese photographers.


The village is quiet in the evening, conditions that may suit the three Brown Boobooks in the trees between the village and the river.

Overnight at the Hong Beng He Guesthouse.

Uphill from Hong Beng He village is a smaller string of houses - Shi Ti - along a ridge overlooking Burma to the west. 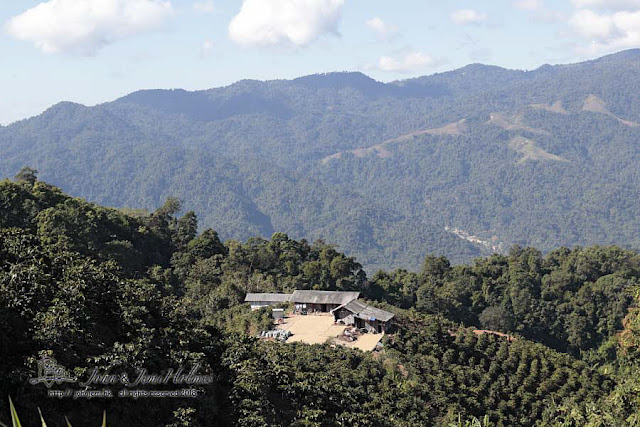 This has been developed by government as a model village with a total of seven “Bird Ponds”. Christmas really arrived with fine views of five Collared Falconets sunning themselves in a tree on the way up.


After most of the morning at two bird ponds we returned to the X 216 road where Sultan Tits were a roadside highlight. 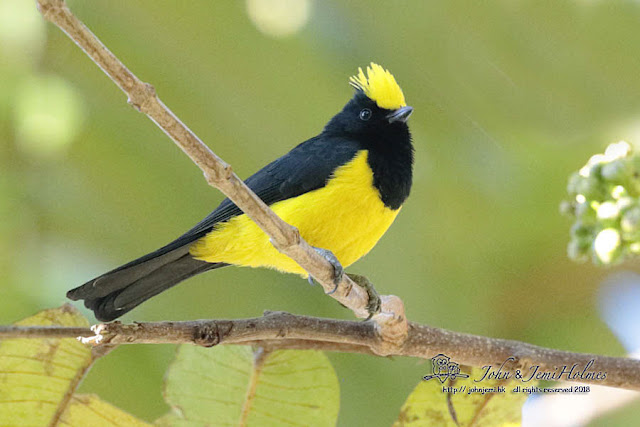 East of "Hornbill Valley" we had an early dinner at Mang Yun town, then walked on the locally distinctive bamboo causeways across the channels and sandbanks of the Daying river, to add Striated Grassbird, Ruddy Shelduck and Goosander to the triplist.

We were joined by HK friend “Black Dog To”, arriving via Tengchong.

Back down the road to "Hornbill Valley", after 40km we turned to go uphill again another 8-9km to the village on top of the ridge.  There were plenty of birds at the two “Bird Ponds” we visited, some of which we did not see again at Gaoligongshan - but the Falconets of the previous day were not to be found.


We had lunch in Hong Beng He village and then visited two more bird ponds along the lower road. Grey Peacock Pheasants - male and female - were much appreciated.

We ended the day at a “stake-out” for Great Slaty Woodpecker, and eventually two of these flew in when the light was almost gone.

We had nearly given up, but our patience was rewarded.

END OF PART ONE