Last Saturday evening I got a telephone tip-off to say that a Blue-throated Bee-eater was sitting on some wires less than two kilometres from where we live.

I "high-tailed" it up to Kwu Tung and met the finder, George Ho. I saw his photos and the wires the bird had been on, but the Bee-Eater was gone. Then the heavens opened, and it rained heavily until after it got dark.

George posted details of his sighting on the HKBWS website (link above), and both English and Chinese birdlines carried the news.

At dawn on Sunday it was still very damp, but HK's sixth Blue-throated Bee-eater was re-found. The bird hung around a damp area of huts, gardens and a maze of alleys until the weather cleared a bit shortly after nine o'clock. Then it flew high into the sky.... 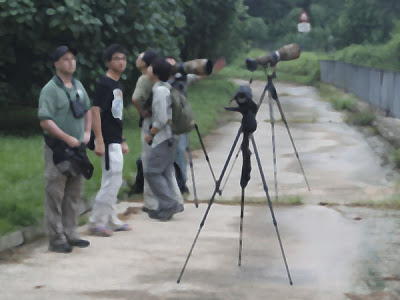 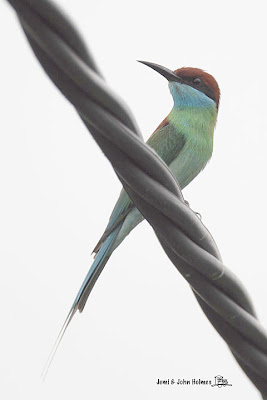 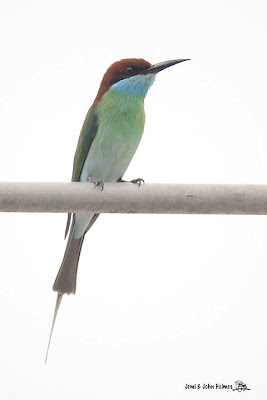 
... circled a couple of times and disappeared, embodying, perhaps, the departure of spring.
Posted by John Holmes at May 31, 2010