In early March we spent some time at Mt Kinabalu, Sabah.

There we saw quite a few swiftlets, a family we don't get much practice with in Hong Kong.

Mt. Kinabalu is a site for the very local and newly-split "Bornean Swiftlet" - Collocalia dodgei. And, as it was in both the new field guides, like most birders, we thought we'd go and look for it. On two different mornings at the Timpohon Gate (1866m) I banged off many, many digital photos at the swiftlets passing by.

"Bornean Swiftlet" is described as being " like Glossy Swiftlet, but with a greenish (not a blueish) gloss on the feathers.... smaller and no white below.." (Phillipps). With both the Phillipps and Susan Myers guide to hand, we still couldn't figure them out.

(Which is our failing, not that of either of the new Birds of Borneo fieldguide authors.)

As can readily be seen, many of the Glossy Swiflets depicted at Oriental Bird Images are as green as "our" swiflets :-

However, most of the birds shown below lack a white belly, so they may not be Glossy OR "Bornean" :- 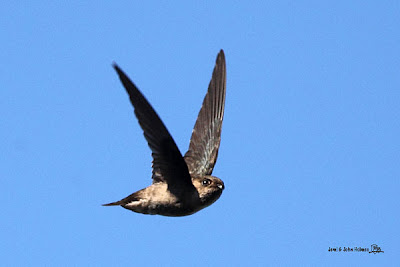 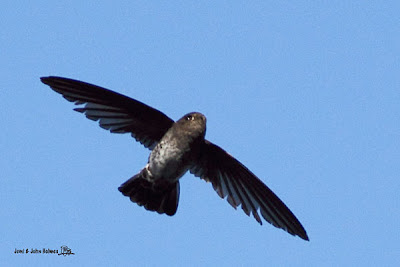 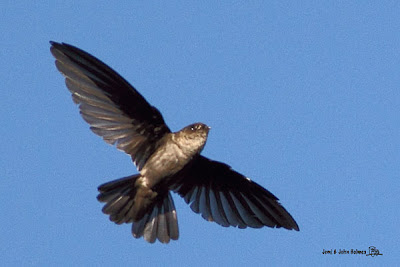 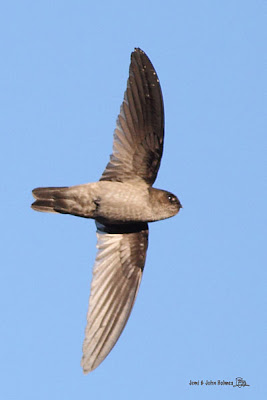 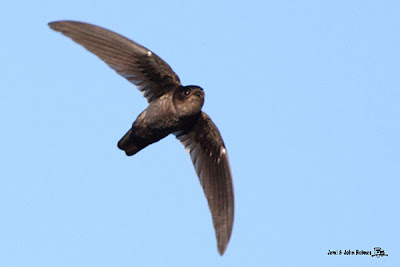 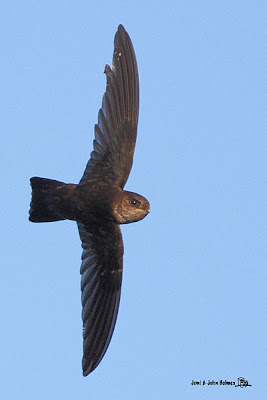 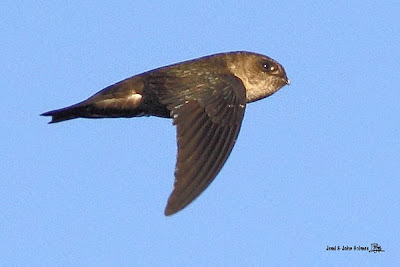 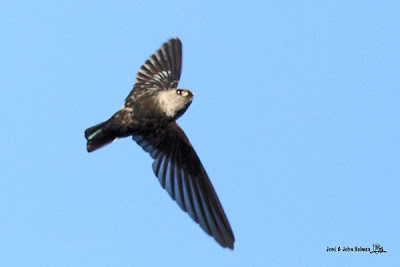 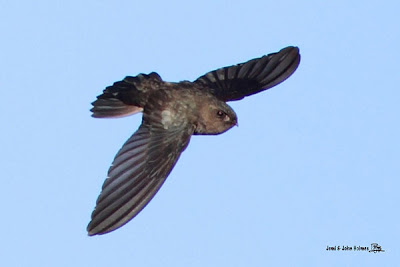 Any comments on identification would be most welcome !
Posted by John Holmes at April 15, 2010