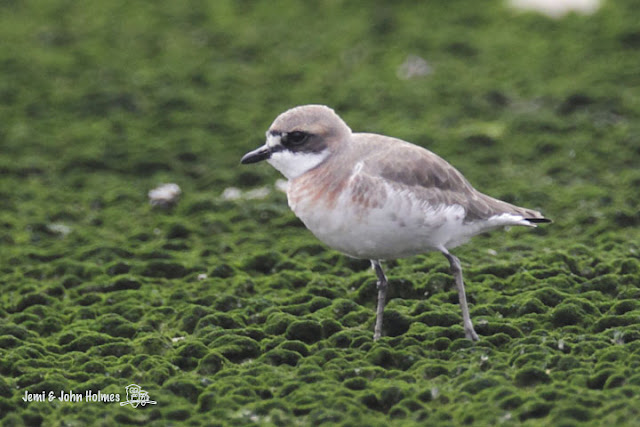 Lesser Sand Plover (Charadrius mongolus) - could this individual be wondering why a proposed "split" as "Spot-fronted" and "Black-fronted" has been made ?
Which do you suppose this bird would be under the proposed new names ?  White headlights on the forehead ?  I'd have gone for "Spot-fronted", but no, the suggested new name is "Black-fronted" according to the captions under plates 2 and 3 in Birding Asia 16, out a couple of months ago.  But "Black-fronted" has less black on the forehead than "Spot-fronted" .....
Go figure, as they say in North America.  I thought that the captions had been transposed, but reading the text of the item the captions seem to be correct.
The original paper, based on DNA analysis, was published in the Journal of the Linnaean Society in 2010.  I admire people who can do all this nitty-gritty analysis, but until they come up with better new names, I'm just going to ignore them.
Anyway, I mustn't be "Mr Grumpy of the New Territories" - spring is here !
A series of lowish tides this week coincided with the departure of more wintering birds, and influxes of "East Asian flyway" spring migrants. 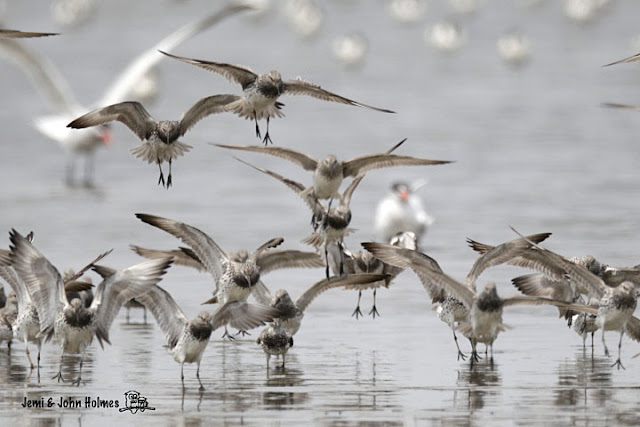 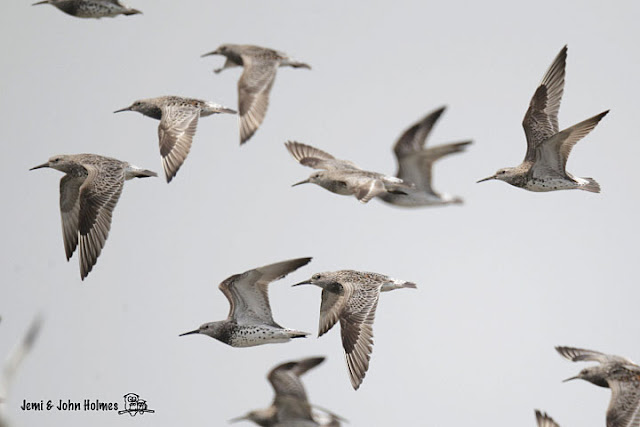 Great Knot (Calidris tenuirostris) - a flock of about sixty moved around the tideline. 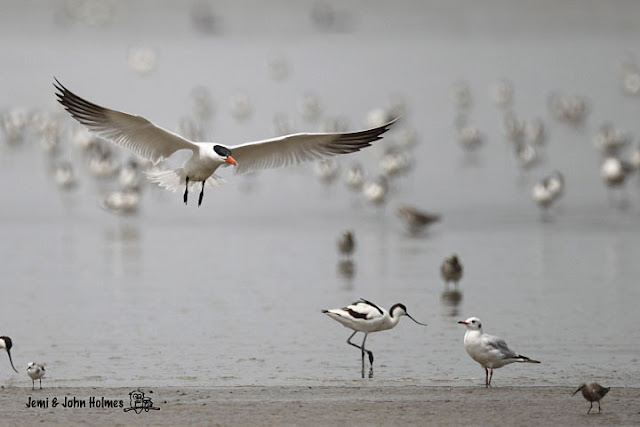 Caspian Tern (Hydroprogne caspia) - an influx of eighty-two birds, the highest for some years 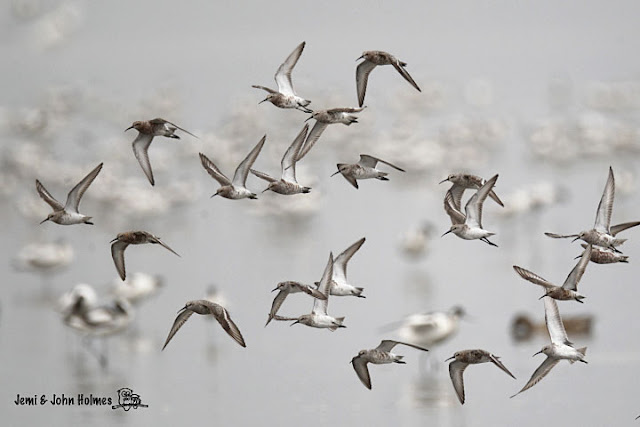 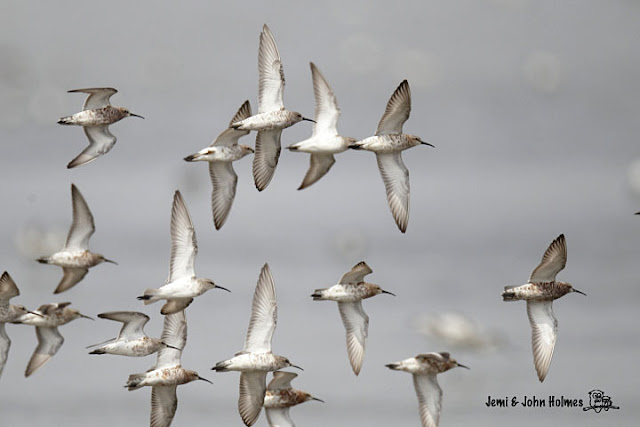 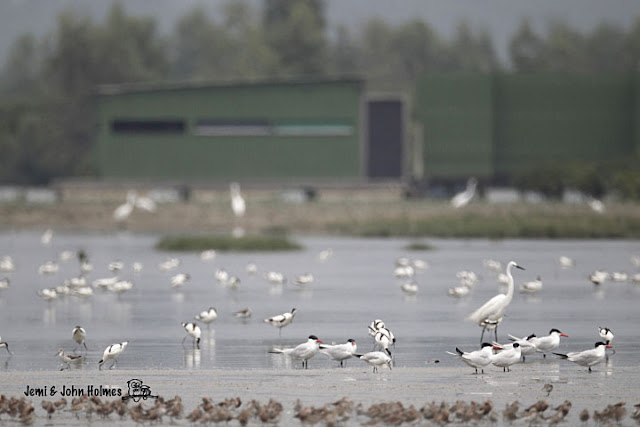 The furthest boardwalk hide - decent viewing even on relatively low tides this week.
At the end of the boardwalk at Mai Po the mossy area in front of the "far" hide in Deep Bay  attracted a few birds.  The green, unreflective moss carpet often made a better background for photographs than the nearby mudflats with varying degrees of glare.
A few small rain showers brought a welcome degree of cooling. 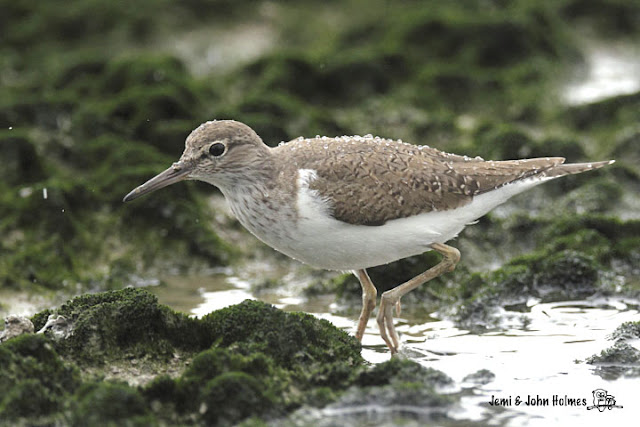 Common Sandpiper (Actitis hypoleucos) - poking around with raindrops on its' back 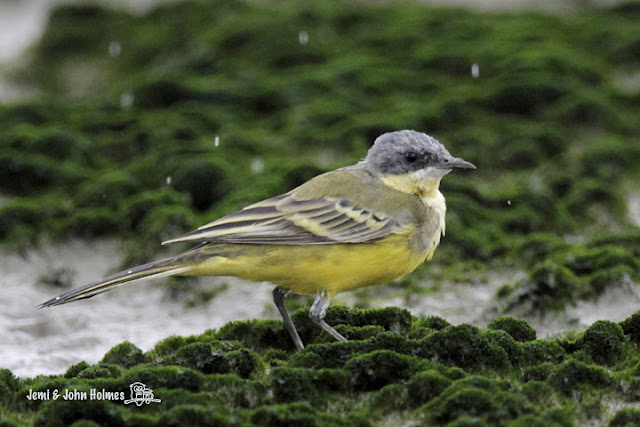 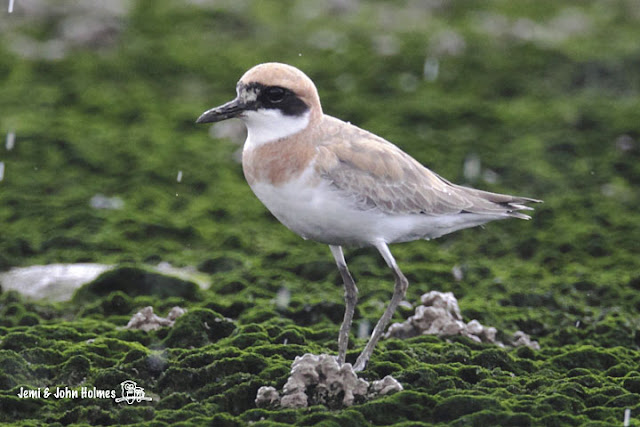 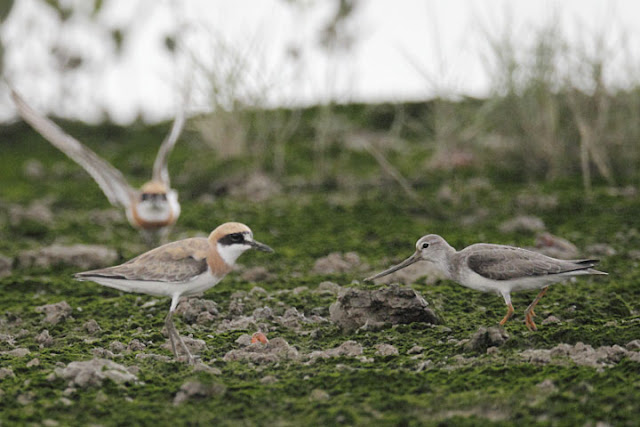 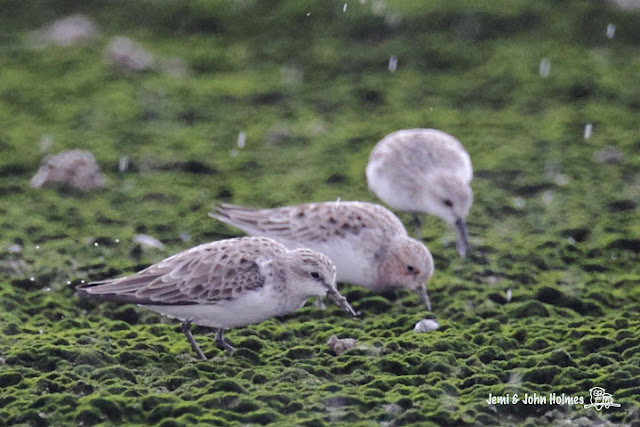 Red-necked Stint (Calidris ruficollis)
Life getting you down ?  Just shrug it off ! 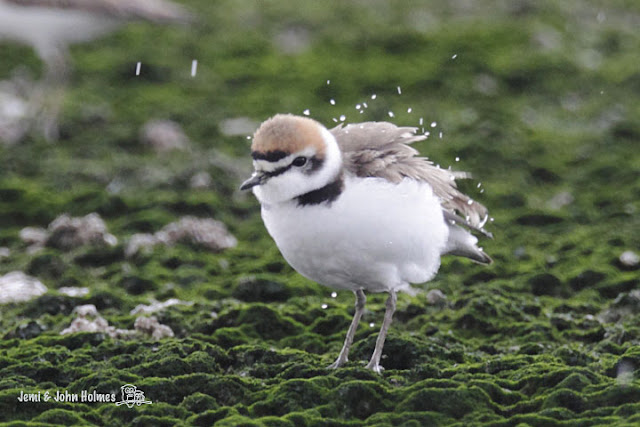 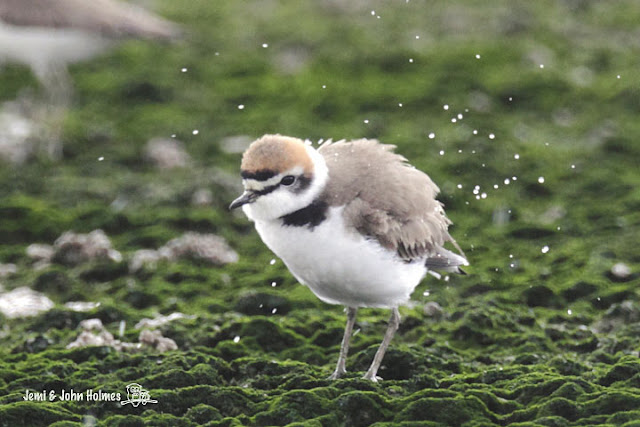 
And it's not even April yet !