The road to the border outpost of Pianma had been closed in late January, and there was still a lot of snow and ice on the road near the pass a few days later.

On our way back to the Salween Valley we came upon a lorry that had gone off the road and missed tumbling into the abyss below by inches.  There was just room for smaller vehicles like ours to squeak by, while the other big vehicles had to wait. 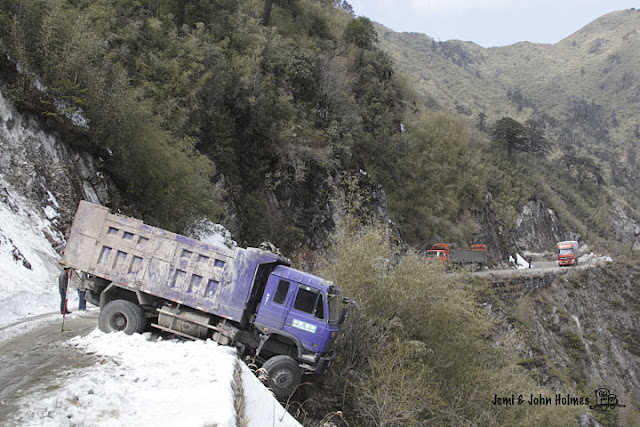 Teetering on the brink 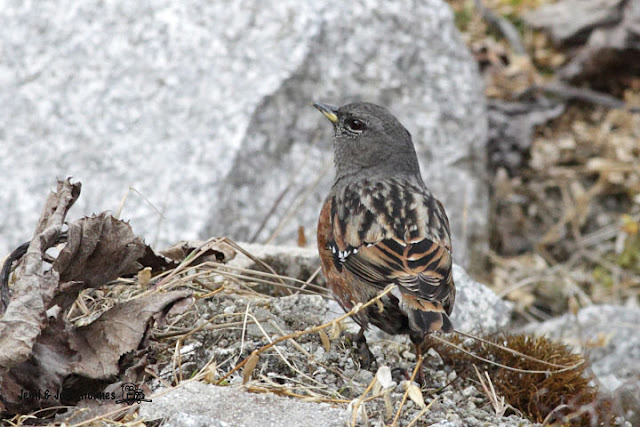 Several previous visits to Dali had taught us that the mountain range that overlooks the area - Cangshan - is usually good for birding.  However we couldn't get to the Zhonghe Temple (near the northern end of the Cloudy Tourist Walk) because the chairlift service was suspended.  We tried driving up a nearby track, but were turned back by Fire Wardens.  We were disappointed, but a few birds in the foothills of the mountains made us feel a bit better.

The weather turned wet while we were taking lunch in the old city of Dali, but we decided to press on with an afternoon trip on the cable car to Gantong Temple at the southern end of the Cloudy Tourist Walk. 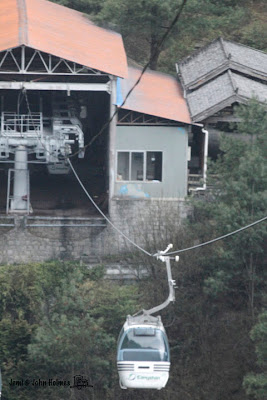 It was drizzling when we got off the cable car at Gantong, and many people were already queuing up to go down. We found a lot of birds close to the station. Driven by cold and hunger, perhaps, they were very confiding.  Crumbs dropped by  daytrippers would have been attractive to them as well.

These are some of the species photographed in the hour-and-a-quarter before the cable car attendants shooed us onto one of the last cars going downhill. 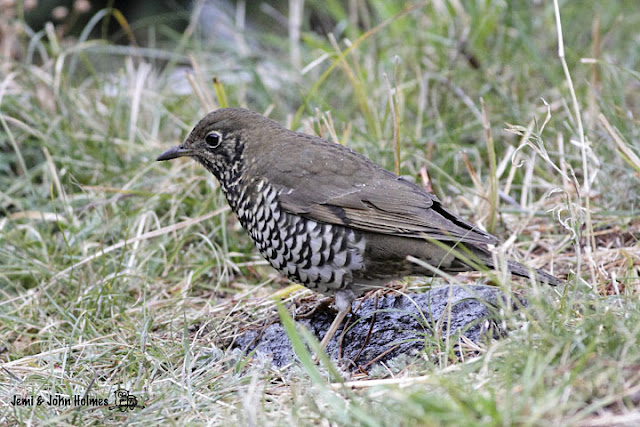 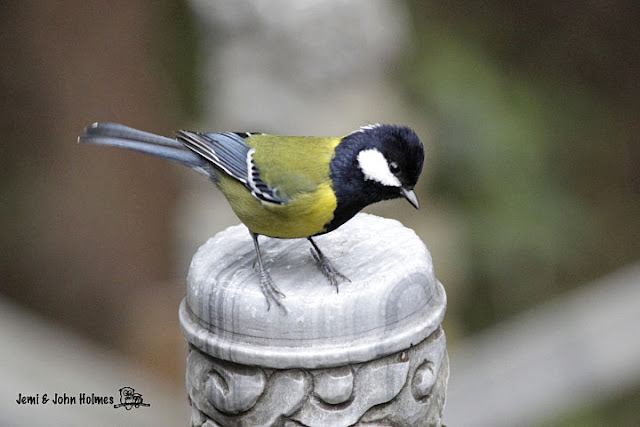 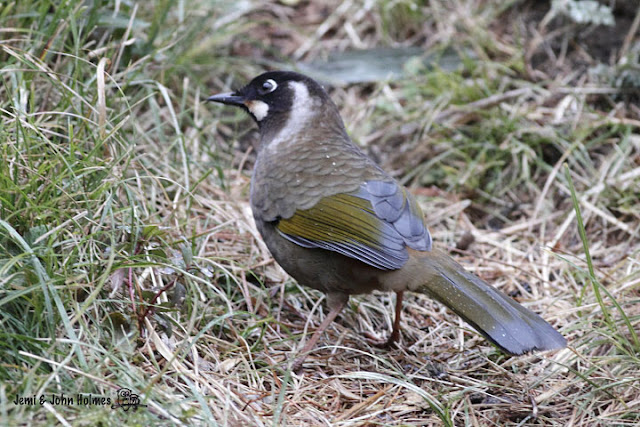 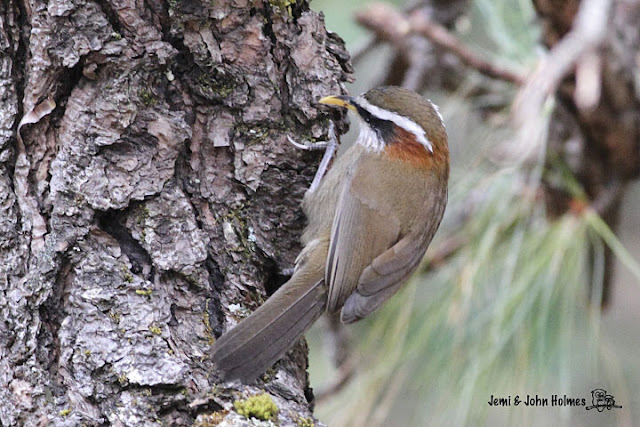 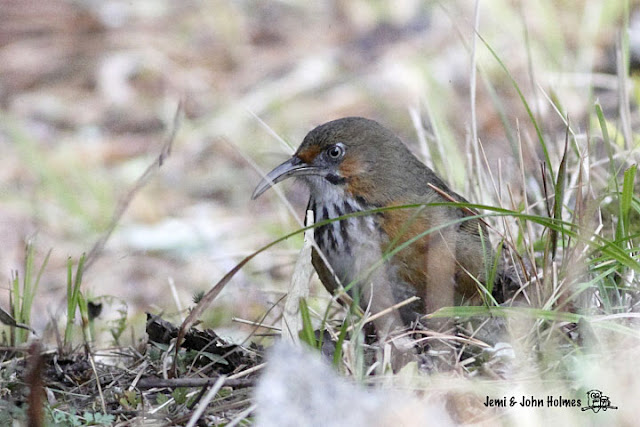 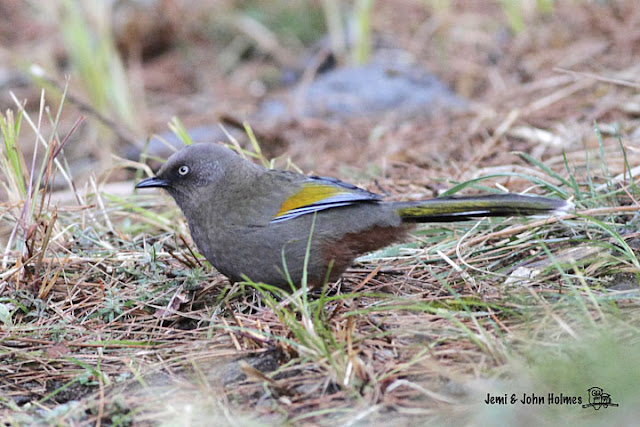 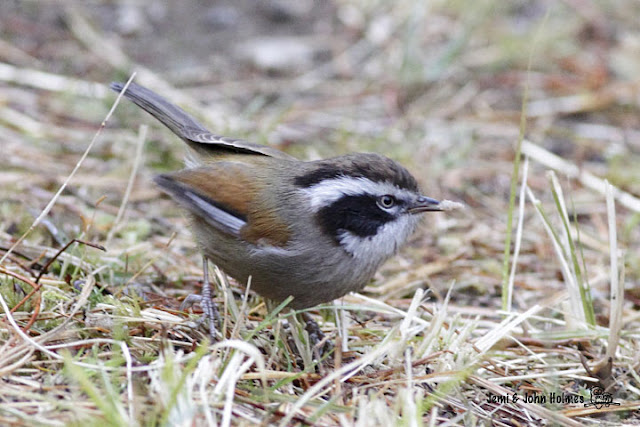 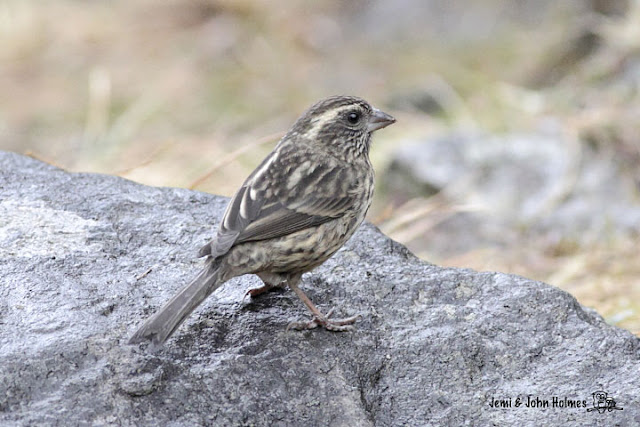