Leaving the Old City of Dali, we drove northwards along the shore of Erhai - the "Ear-shaped Lake" that the guidebook reminded us was China's sixth largest freshwater lake.
At the northwest corner of the lake is Shaping, where we found a newly completed wetland park, with "The Bird Formerly Known As Purple Gallinule" showing well in the morning sunshine. 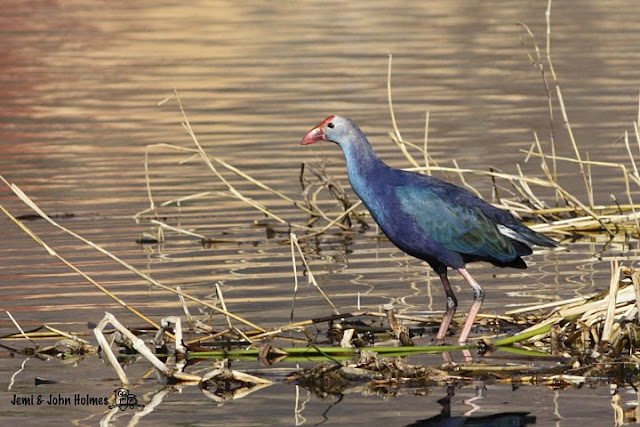 Grey-headed Swamphen - Porphyrio poliocephalus
The weekly village market was in progress, so we dropped in. 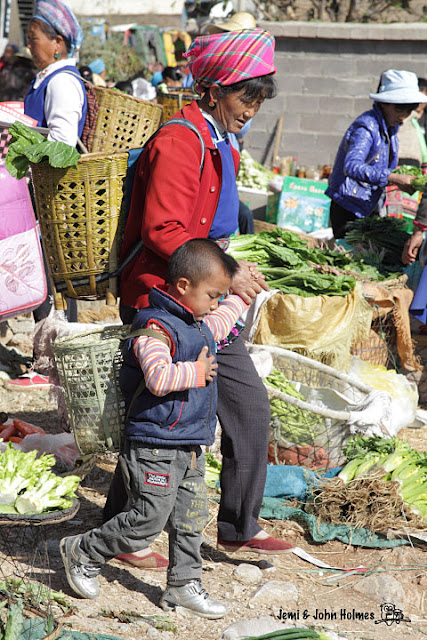 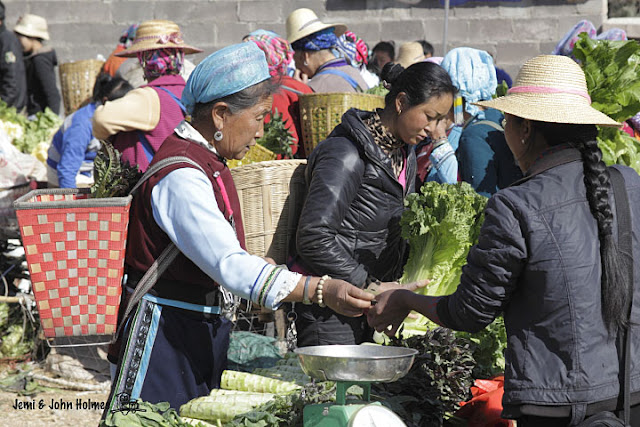 Shaping Market
On to Shibaoshan, the "Stone Treasure Mountain", where we found the guesthouse near the entrance had closed - so on we went to the picturesque town of Shaxi where we stayed at the Tea and Horse Caravan Trail Inn.  (Which we highly recommend.) 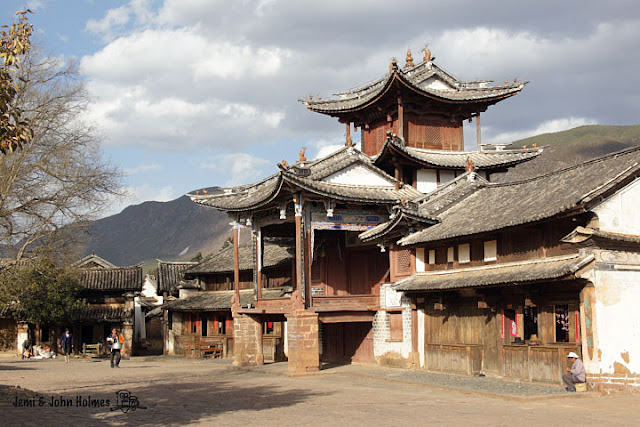 Town Square, Shaxi
Mornings were clear and cold at Shaxi. Verity's thermometer read minus two at 07:00hrs.  As we headed out  the smoke of many early morning fires drifted across the landscape. 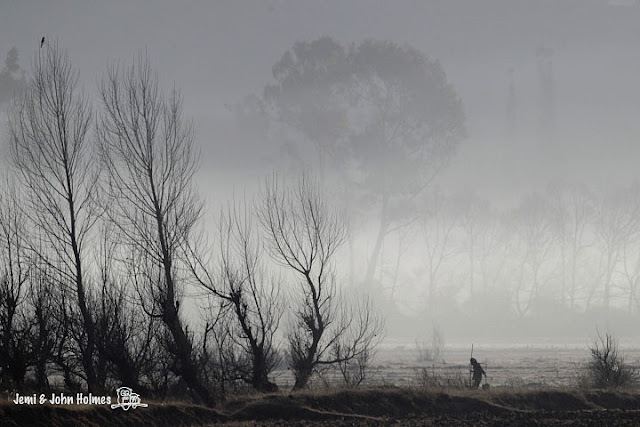 Black-billed (Common) Magpie - Pica pica
The "Treasures" at Shibaoshan are some ancient Buddhist Grottoes.  For birders the site seems to be reliable for views of Yunnan Nuthatch near the summit.  But there are other birds there too. 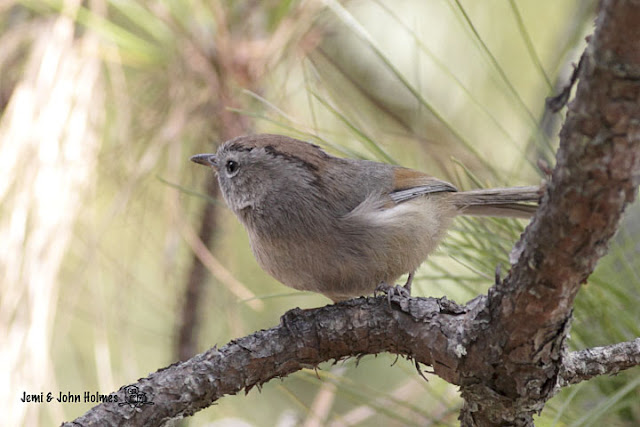 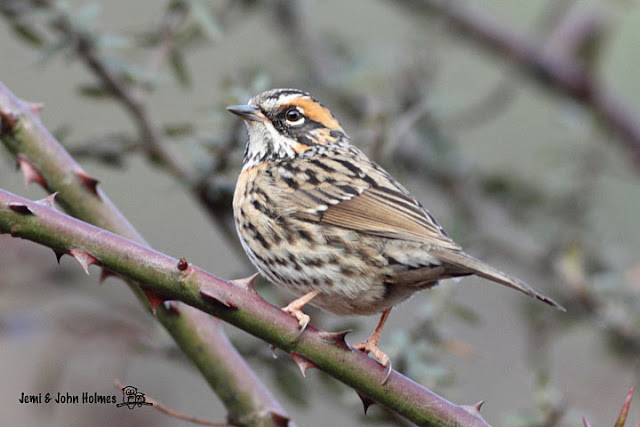 Rufous-breasted Accentor - Prunella strophiata
It's a bird ! It's a plane ! No, it IS a bird… 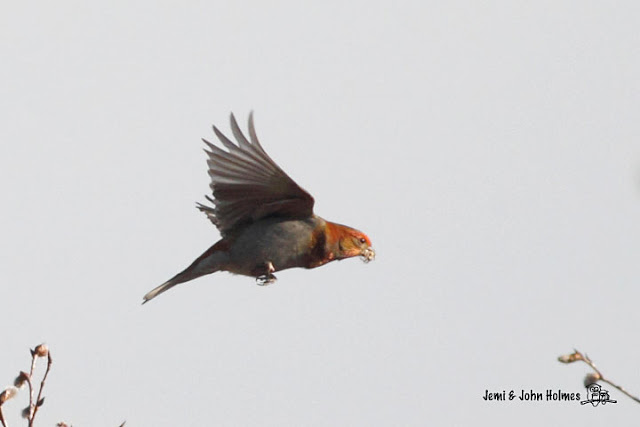 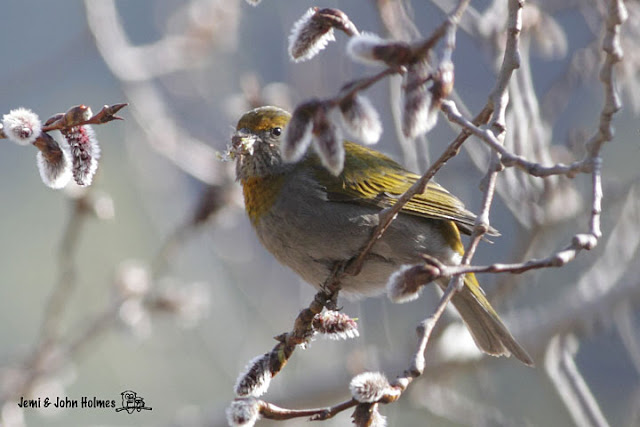 Crimson-browed Finch - Propyrrhula subhimachala (female)
A couple of days later and we headed north again.  The sight of village women in ethnic minority dress demonstrated that we had arrived in Lijiang County, home of the Naxi.
They were all going to market which we found down a side street…. 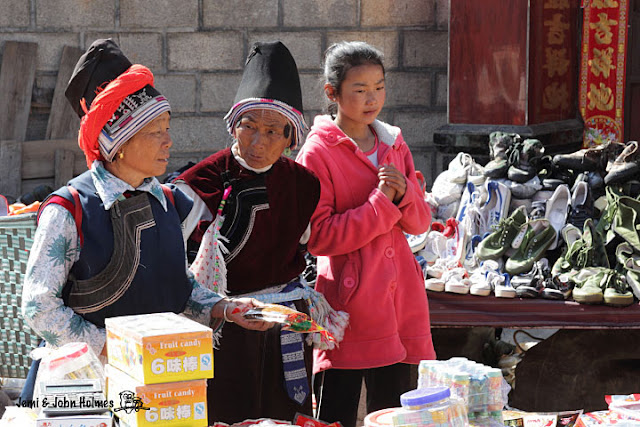 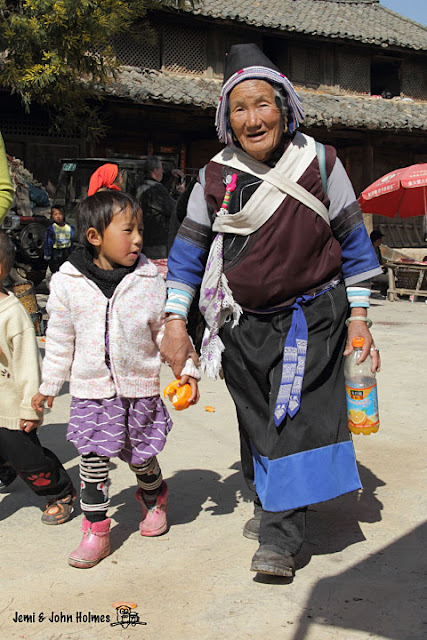 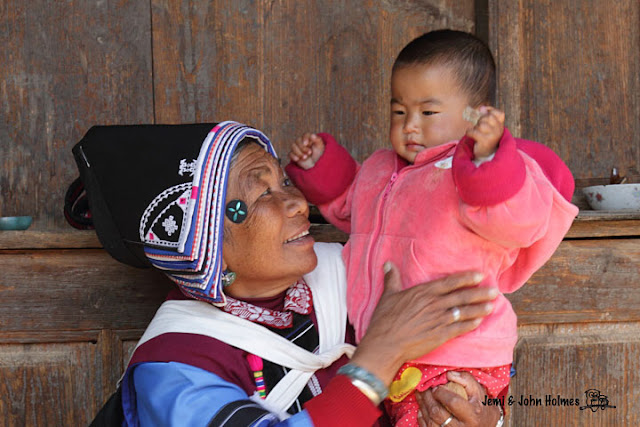