…as George Formby used to say in the 1930s.  Or so I'm told.
I have a Field Guide in which the author introduces a bird as "nondescript" - and then proceeds to describe it.
Well, spring weather in Hong Kong is "unpredictable", but the HK Observatory people feel obliged to make predictions anyway.  Rather them than me.
A grey morning was predicted to presage a grey day, but the sun broke through at about 09:30 to general delight. Temperatures rose so fast I felt rather foolish in my thick jacket.
The tide in Deep Bay was predicted to peak some distance from all the but the newest hide, but actually it rose 25 cm or so higher, covering all the mudflat and bringing the waders close to the older hides.
Hot breaths of air from the Pacific Ocean in the past week have persuaded many Great Cormorants and duck to move north, so it was mostly a "Wader Show" at Mai Po Nature Reserve, with a variety of lingering winter visitors and some early migrants. 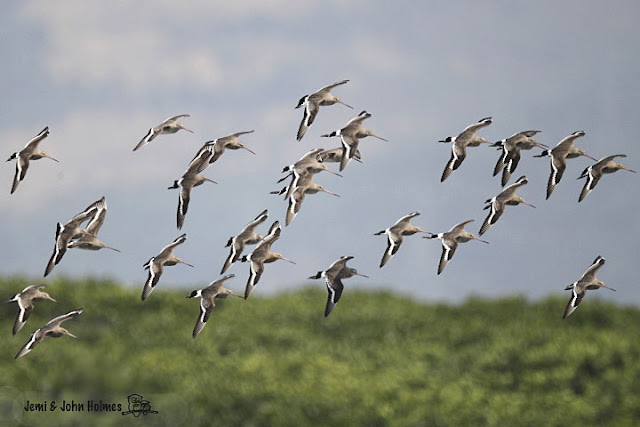 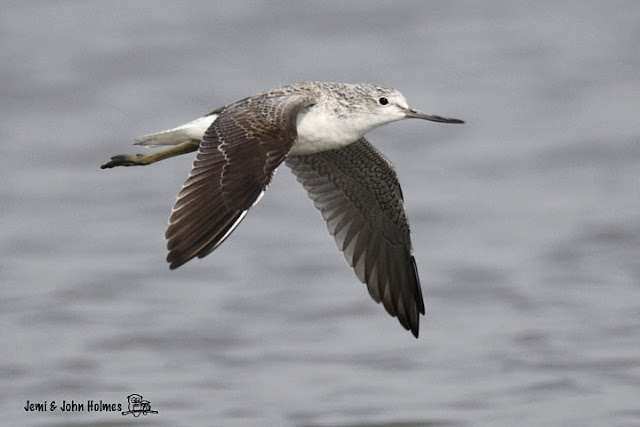 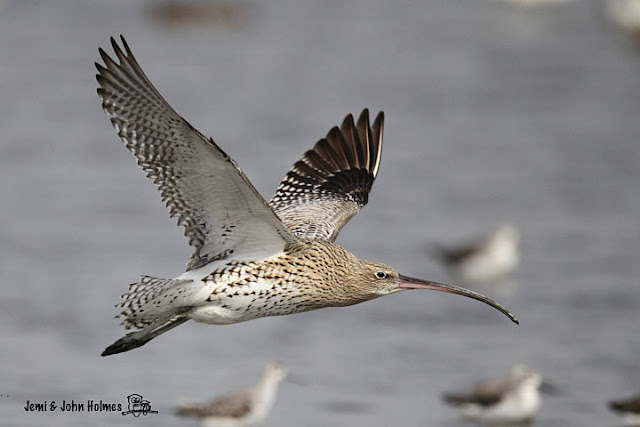 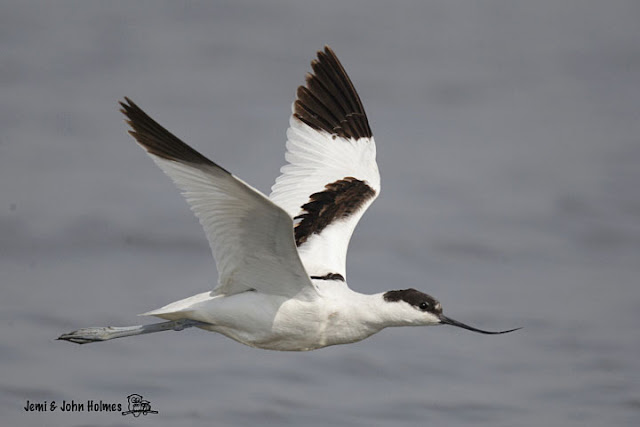 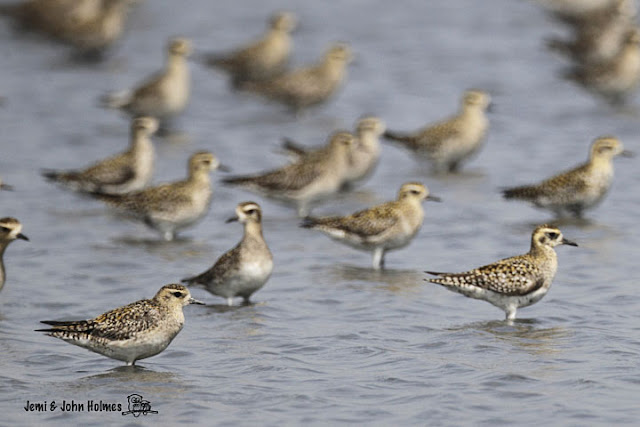 Pacific Golden Plover - Pluvialis fulva
Not a wader at all, of course..but a popular visitor this winter.. 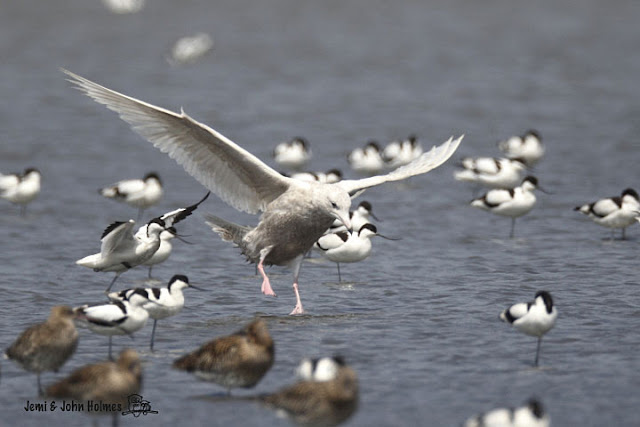 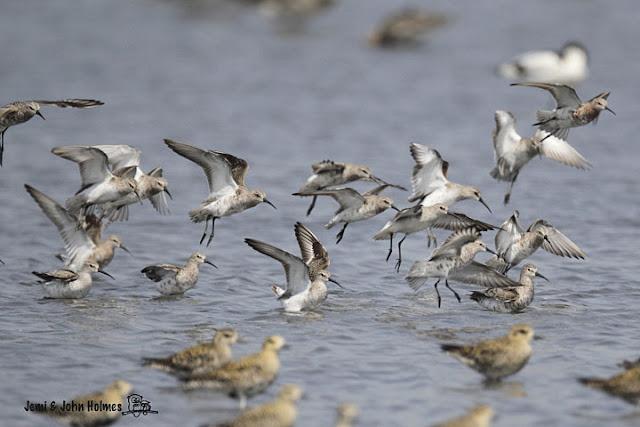 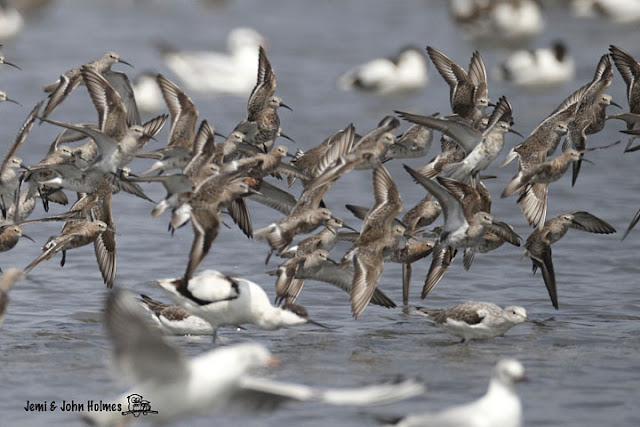 Curlew Sandpipers - Calidris ferruginea
This spring I seem to have been lucky in the hide to be close  to keen people with 'scopes who have picked out the best waders.  Today it happened again, as John Allcock picked up a Spoon-billed Sandpiper among the Curlew Sands… 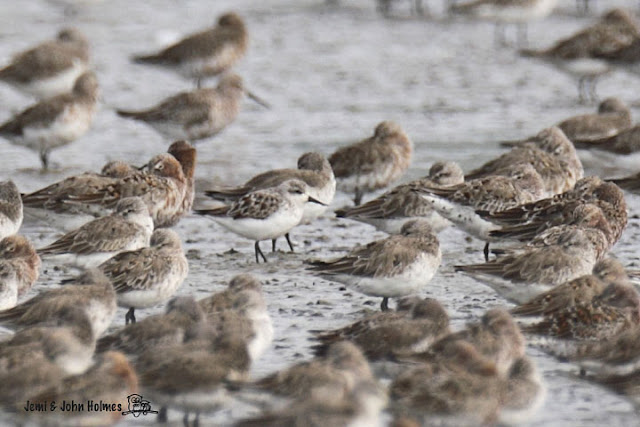 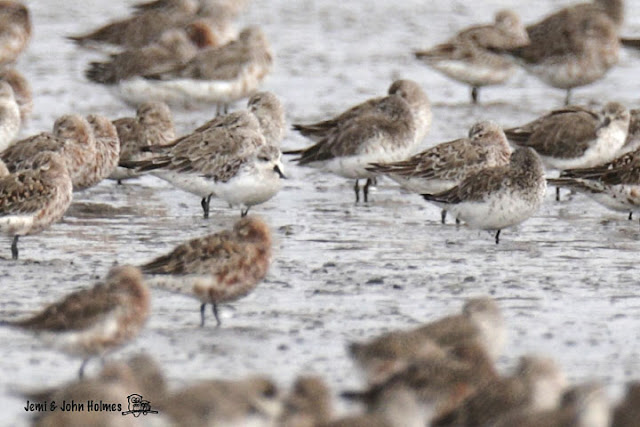 Spoon-billed Sandpiper - Eurynorhynchus pygmeus
The same individual as the one 10 - 12 days ago ?  I'm not sure.
Posted by John Holmes at March 22, 2012